Before Indepe­ndence, Dera was the only distri­ct in what was then NWFP home to a signif­icant Hindu commun­ity
By Riaz Ahmad
Published: September 24, 2018
Tweet Email 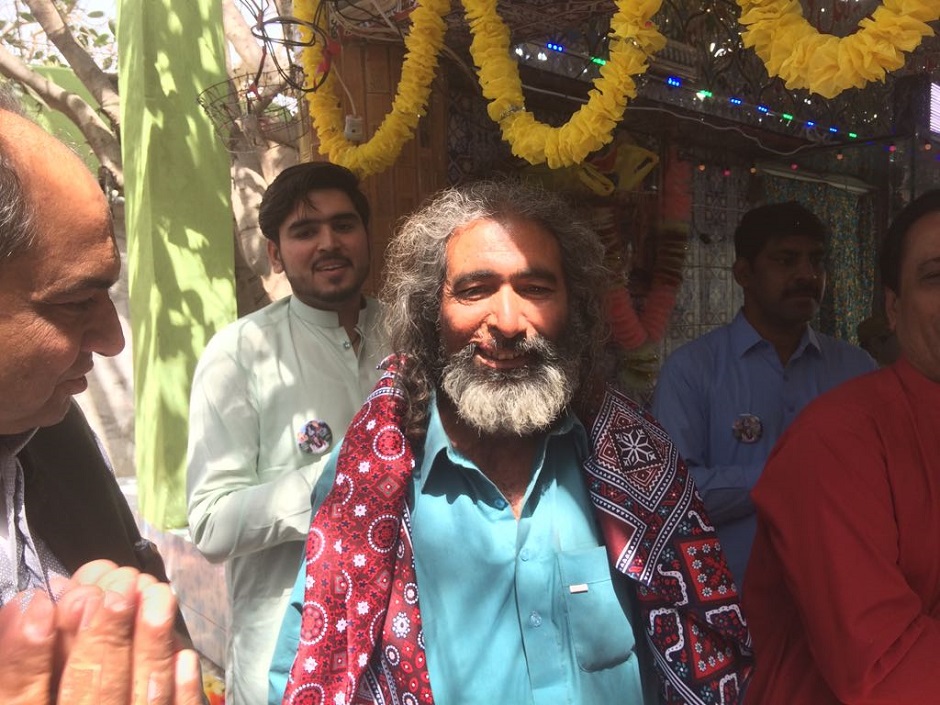 PESHAWAR: The aged among Dera Ismail Khan’s diminutive Hindu community rediscovered a long-forgotten site after then MPA Behari Lal was approached for funds by Bannu coreligionists. Situated at the foot of a hill range, Satti Keval Ram’s samadhi in Bilot Sharif today attracts devotees from as far as Chaman in Balochistan and Nagarparkar in Sindh on Baisakhi.

“My uncle provided funds for the construction of a wall, toilets and rooms for pilgrims’ comfort,” Behari’s nephew Bansari told The Express Tribune. The revamped complex, boasting a new temple, can now accommodate hundreds of devotees and their vehicles. Earlier, all that stood at the spot was a lone peepal, he said.

The site has been in care of a Muslim family for five generations. Ramazan is the latest among his forefathers tasked with looking after the complex. The tradition is indicative of Hindu-Muslim harmony in Dera. In the vicinity of the temple complex stands the shrine of Sheikh Isa. Biltot Sharif was part of a jagir awarded to him. It is said his descendants enjoyed cordial ties with Ram. The spirit of tolerance fostered over centuries of coexistence was only vitiated by Partition, locals said.

Before Independence, Dera was the only district in what was then the North West Frontier Province (NWFP) home to a significant Hindu community. Nearly 50% of Dera Walled City residents were Hindu. In addition to be noted members of the landed gentry, many exercised great influence over commerce. Nearly all business in the Dera Walled City is said to have been an exclusive Hindu preserve.

No talk of Dera’s history can be complete without referring to its one-time Hindu denizens. Now derelict but once striking Hindu temples dotting the Walled City are representative of the community’s affluence, Syed Hafizullah Gillani, an authority on the district’s history, told The Express Tribune. 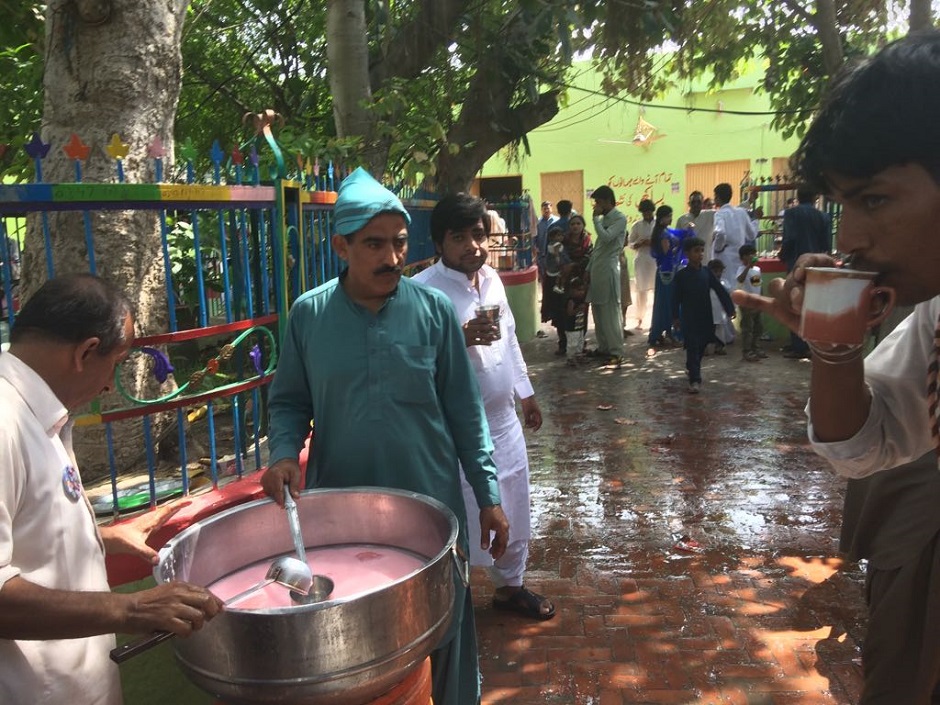 The ruling elite always had a soft spot for minorities in the region. Tax receipts from Hindu and Sikhs far exceeded those from others. With the Raj came secularism. Freedom of religion was generally ensured. Hindus were also quick to acquire western education. Together, these factors explain how the community came to wield the influence it did in Dera.

Enduring communal harmony across the then NWFP was shattered by the 1926 Hindu-Muslim disturbances in Kohat. Dera’s Hindu were targeted in 1931 and 32 separately. The Muslim League victory in the 1946 elections left many at wit’s end.

A 1947 Muslim League show of power turned violent with party activists attacking educational institutions. “After pillaging Government High and Mission schools, Muslim League workers torched Ganga Ram Cinema. Hindu-owned shops were targeted next. Entire bazaars were gutted,” Gilani said. Similar events unfolded across rural areas. Villages across Tank, Kulachi and Parwa were cleansed of Hindu residents and their properties ransacked. “While some chose to flee to India, many Hindus were in no mood to say goodbye to Dera.”

The killing of seven Hindus in the presence of police personnel transformed the trickle into a deluge. Travelling from Dera, however, was by no means without risk. Between Dera and Darya Khan, the nearest train station, flowed the mighty Indus.

“Those trying to cross the river were easy prey for tribesman from Waziristan. Most boats ferrying Hindus across were intercepted. Belongings were taken away after throwing occupants overboard,” Gillani said. Those ‘fortunate’ enough to have made the crossing were ambushed in Darya Khan where certain death awaited.

Some Hindu families were airlifted following the intervention of Indian National Congress leaders Jawaharlal Nehru and Sardar Patel. Others were escorted to Darya Khan in convoys of military vehicles. By early 1948, two dozen low-caste Hindus are all what remained of a once thriving community. 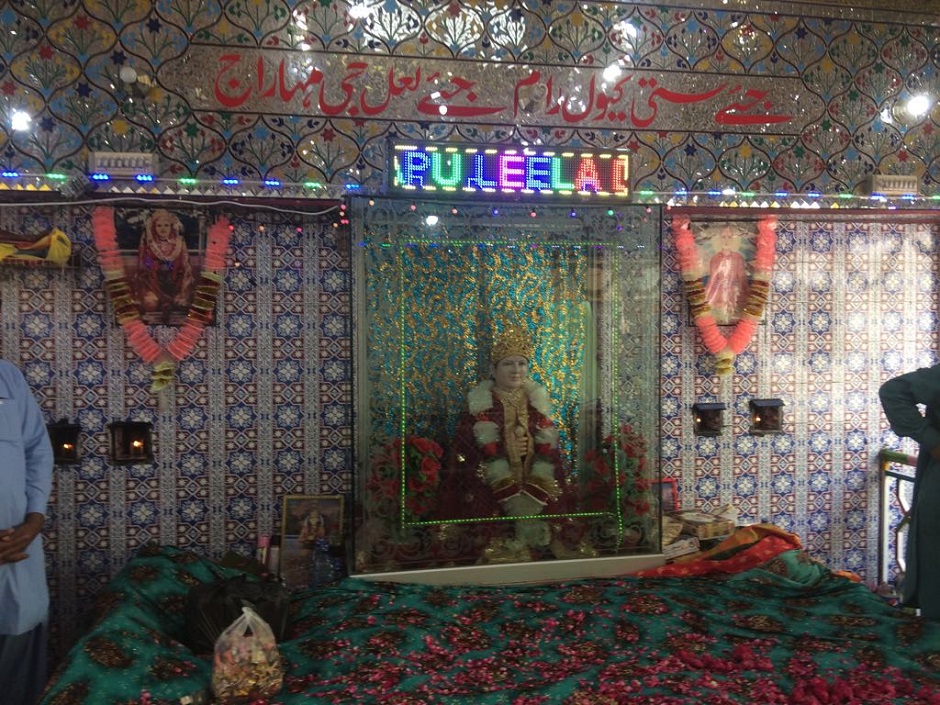 “Cleansing Dera of its Hindu inhabitants may have been a sacred obligation for some. Most, however, were solely motivated by avarice. Tribesmen from Waziristan coveted their wealth. Locals resented their influence. Partition also provided a welcome opportunity for many to be rid of debtors with many Hindus being moneylenders,” Gillani said.

One man many legends

Dhaki-resident Fareed Khan said his elders believed Ram was an ascetic from Dera Ghazi Khan who had chosen to meditate under the Bilot Sharif peepal. “Word spread of his feats. Soon, the well-heeled among the Hindu community started presenting offerings to Ram. Scores of Muslims started flocking to the spot too. Many then began approaching him in connection with dispute resolution.”

Khan said the number of Ram’s Muslim devotees greatly exceeded that of Hindus. “The availability of free eatables at the site proved quite a draw. One day Ram simply disappeared. His Hindu followers believed he flew away. Not that this had any impact on the numbers of devotees frequenting the site.”

Presenting a variation of the legend of Ram, writer-poet Saeed Akhtar said the ascetic was renowned for spiritual prowess. His “ability” to take the form of any animal of his choosing was particularly famous, Akhtar said.

He told The Express Tribune that Ram’s relationship with Sheikh Isa and his descendants had been extensively documented. Overtime, however, Akhtar said Isa’s descendants started claiming Ram as a mere disciple of the Muslim saint. Of the many stories about the Hindu ascetic’s feats, his penchant for transforming into a cobra by nightfall is well known. Akhtar said Isa’s descendants had even deposited a cobra fossil at the feet of his grave to “corroborate” their claim. 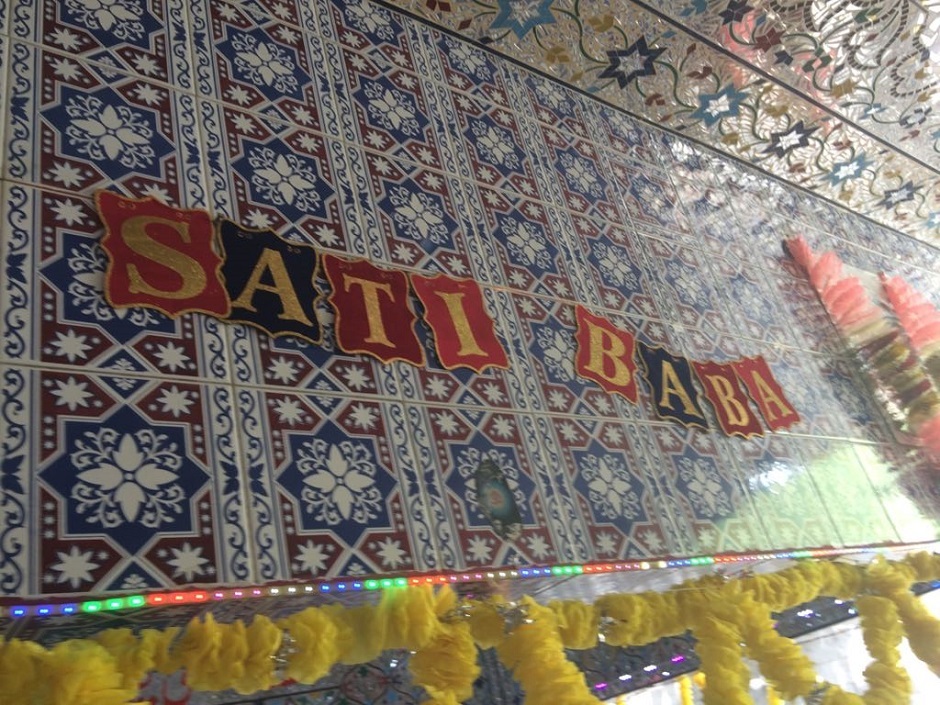 In a similar vein, the large size of Dhaki dates is now attributed to a buzurg. This version deliberately excludes Hindu motifs from the legend. Word has it that a visiting Hindu ascetic introduced the fruit in return for people’s hospitality, Gilani, who has also penned a book on Dera’s history, told The Express Tribune.

‘Ram belongs to everyone’

“Hindus visit the site year-round. Muslims frequent it too. Ram belongs to everyone. No one returns empty-handed,” devotee Kumar told The Express Tribune. On Baisakhi, visitors are offered free eatables and soft drinks in keeping with tradition. They can also undergo a free medical examination.”