Watchi­ng cricke­t match in Dubai is not on the agenda, says a senior diplom­at
By News Desk
Published: September 18, 2018
Tweet Email 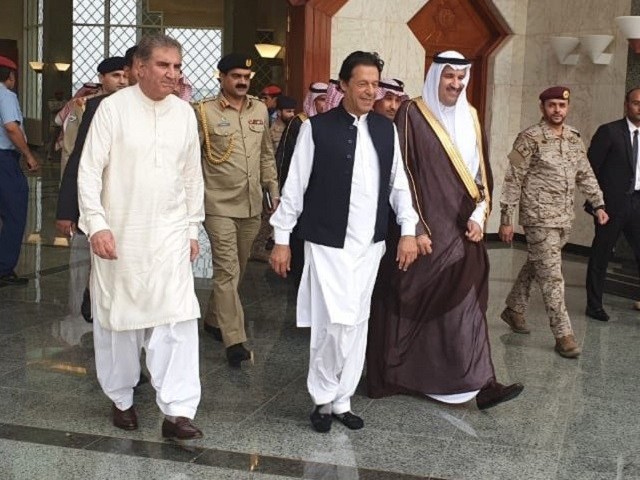 While it is widely reported that Prime Minister Imran Khan, during his official trip to the UAE, will watch the high-voltage Asia Cup clash between Pakistan and India scheduled to be played at the Dubai stadium tomorrow (Wednesday), a senior diplomat states the otherwise.

“Watching cricket match in Dubai is not on the agenda of Prime Minister Khan’s visit to Saudi Arabia and the UAE,” the diplomat was quoted by Dubai-based Gulf News as saying on Tuesday.

The diplomat strictly denies reports all over the media regarding the former cricket legend’s expected appearance at the match.

PM Khan has landed in Saudi Arabia in his first foreign trip since he assumed the country’s top office last month.

The cricketer-turned-politician will also visit Masjid-e-Nabwi (peace be upon him) in Madina and perform Umrah during the trip.

The PM will then leave for the UAE on his way back. He, along with the delegation, will arrive in Abu Dhabi in the evening on Wednesday, September 19, and will be received by Crown Prince Mohammaed bin Zayed Al Nahyan.