Parlia­ment had been due to elect a speake­r and two deputi­es during its first meetin­g
By Reuters
Published: September 16, 2018
Tweet Email 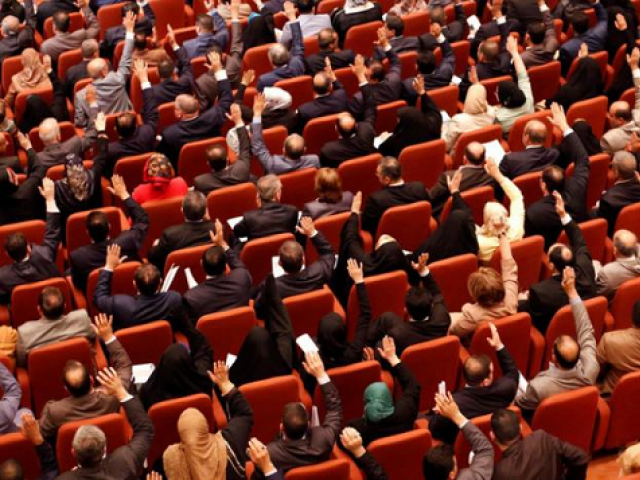 Parliament had been due to elect a speaker and two deputies during its first meeting on September 3, but failed to do so as lawmakers were unable to determine which competing bloc had the most seats. Hassan al Kaabi, who ran on Moqtada al Sadr’s Saeroon list which came first in May’s national election, was elected as Halbousi’s first deputy. The vote for a second deputy was inconclusive and will be put to a second round on Sunday.

Halbousi’s election marks the start of a 90-day process outlined in the constitution, designed to eventually lead to a new government.

Lawmakers must next elect a new president and task the leader of the largest bloc to form a government as prime minister. But a dominant bloc has yet to emerge, against a backdrop of shifting political alliances.

Before running in May’s national election as a candidate on the Anbar Our Identity electoral list, Halbousi was the governor of Anbar province. He had previously served in Iraq’s parliament, from 2014 to 2017.

Since Saddam Hussein was toppled in a 2003 US-led invasion, power has been shared among Iraq’s three largest ethnic-sectarian components. The prime minister has traditionally been a Shia Arab, the speaker of parliament a Sunni Arab and the president a Kurd.

Iraqis voted in May in their first parliamentary election since the defeat of Islamic State’s self-declared caliphate, but a contentious recount process delayed the announcement of final results until last month.

Dalai Lama: I knew of sex abuse by Buddhist teachers since 1990s