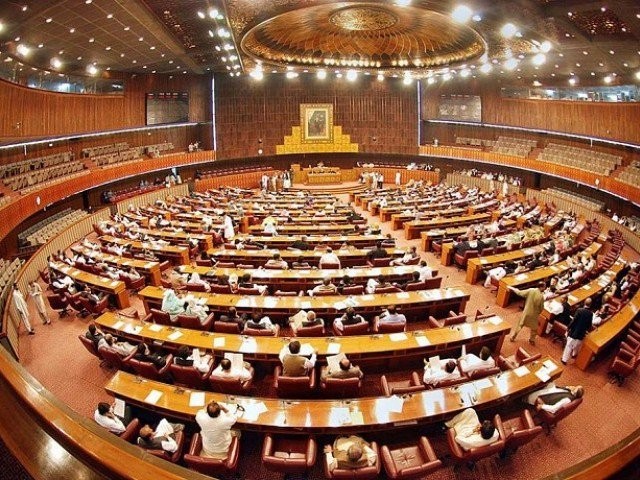 The judgment, which is authored by the CJP, has dilated upon several constitutional issues, especially the role of CCI and power of parliament. PHOTO:FILE

ISLAMABAD: Elaborating on the power of the Council of Common Interests (CCI), the top court has enunciated the constitutional principle that the council is subservient to parliament, not superior.

Likewise, the court has also noted that ordinances, including the amendment ones, are not invalid on the ground that they were not laid before the CCI before promulgation.

The court has also noted that re-promulgation of ordinances, especially when the earlier ones were either not approved or disapproved by parliament, is a fraud on the Constitution and a subversion of democratic legislative processes.

After a passage of eight months, the three-judge bench, headed by Chief Justice of Pakistan Mian Saqib Nisar and comprising Justice Mushir Alam and Justice Sajjad Ali Shah, has issued a detailed verdict on the dissolution of Pakistan Medical and Dental Council (PMDC) and formed an ad hoc body through its January 12 short order in this matter.

The judgment, which is authored by the CJP, has dilated upon several constitutional issues, especially the role of CCI and power of parliament.

Some Indian judgments have also been cited in the ruling to substantiate reasoning. Probably, after the passage of the 18th Constitutional Amendment, it’s the first comprehensive verdict on the power of CCI. It will be interesting to know that how the people, who believe autonomy of federating units, will see the ruling.

However, former Additional Attorney General Waqar Rana, while talking to The Express Tribune, said it’s a landmark ruling, which would discourage frivolous litigations to challenge any ordinance or law on the ground of lack of prior approval from the CCI.

Rana said, “The Supreme Court has finally settled the ordinance-making powers of the president and the effects of its repeal.”

The 39-page verdict authored by the chief justice says, “The CCI does not have a supervisory role over the functions of parliament, since it is responsible to parliament under the Constitution.

“Parliament, without any restriction or constraint, has absolute and unfettered authority to make laws with respect to the matters enumerated in the Federal Legislative List, without requiring any approval or assent from any forum or authority in the country, including the CCI.

Additionally, the verdict held that the CCI could exercise supervision and control over the related institutions but not over parliament, which according to the scheme of the Constitution was supreme and all the other institutions had to function while remaining within their constitutional domain.

Likewise, the top court also discussed the power of president to promulgate the ordinance.

The ruling says, “Any amendment/insertion/introduction made by an ordinance would not survive after its lapse/repeal. If, notwithstanding the fact that an ordinance promulgated under Article 89 of the Constitution expires through efflux of time, the amendments made by it to a permanent statute, ie an act of parliament, are allowed to possess a permanent character, then this will virtually amount to giving plenary power of making permanent legislation to the executive; it would be tantamount to providing the executive a machinery to bypass the constitutional mandate of the legislature and this we cannot permit, being absolutely against the spirit of the Constitution which embodies the important principles of democracy and trichotomy of powers.”

The court observed that the ordinance-making power under Article 89 of the Constitution does not constitute the president into a parallel source of law making or an independent legislative authority.