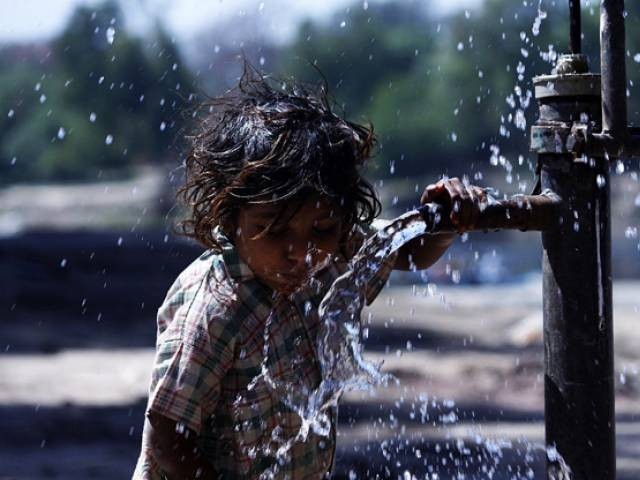 A girl drinking water from a hand pump on the eve of World Water day. PHOTO: ONLINE

ISLAMABAD: The Council of Common Interests (CCI) has unanimously approved the country’s first ever National Water Policy (NWP) while also signing a charter calling for a water emergency in the country.

The decision was taken at the 37th meeting of the CCI chaired by Prime Minister Shahid Khaqan Abbasi at his office on Tuesday. The chief ministers of all four provinces also attended the meeting and signed on Pakistan water charter, promising consolidated efforts for tackling the impending water crisis in the country.

The draft policy includes pricing the water at the delivery point while for environmental and ecological needs the water supply has to be free of cost. The policy also includes increasing the development budget for water resources from 3.7% to 10% by 2019 and eventually to 20% by 2030.

According to the policy, a new groundwater authority will be established in each province to ensure sustainability and transparency, besides an information technology-based monitoring system at all diversion points from the rivers and reservoirs for availability of real-time data.

The prime objective of the NWP is to take congisance of the emerging water crisis and provide comprehensive guidelines. The NWP had been facing dozens of stumbling blocks since 2005 and was postponed for one reason or the other. 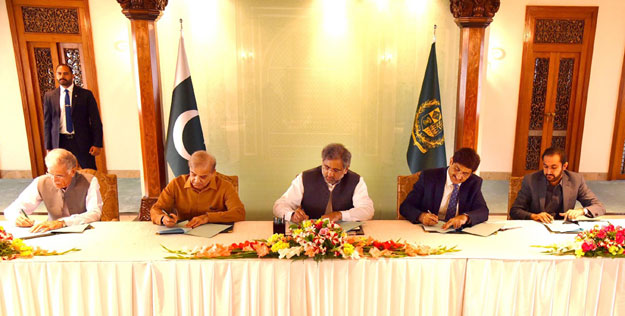 The Planning Commission’s Deputy Chairman Sartaj Aziz briefed the CCI about the draft of the NWP of Pakistan which was deferred in the previous meeting on March 27 when the Khyber Pakhtunkhwa (K-P) and Sindh objected to certain provisions of the draft.

Aziz informed the committee about the salient features of the NWP including water uses and allocation of priorities, integrated planning for development and use of water resources, environmental integrity of the basin, impact of climate change, trans-boundary water sharing, irrigated and rain-fed agriculture, drinking water and sanitation, hydropower and ground water among other water key pointers.

According to the policy, the NWP will be undertaken through a national level body – the National Water Council (NWC) – to be chaired by the PM and comprising federal ministers for water resources, finance, power, planning development and all chief ministers.

The NWC will oversee the implementation of NWP and a steering committee, headed by federal minister for water resources, will monitor the implementation with representatives from federal and provincial governments and departments concerned.

The K-P presented a brief on implementation of Kazi Committee Methodology (KCM) for calculation of Net Hydel Profits (NHP). After detailed deliberations, the CCI directed Ministry of Inter-Provincial Coordination, Planning Commission and Ministry of Water Resources to reconcile the claims in consultation with the provinces and resubmit the issue for decision in the next CCI meeting.
After the critical discussion of the K-P and Sindh with Aziz and Water and Power secretary to address their reservations in hours long meeting, the NWP was unanimously passed.

The steering committee shall be headed by the federal minister for water resources and representatives from federal and provincial governments and organisations concerned. The said the body will have its meeting twice in a year or whenever deemed necessary.

The ambitious policy aims at planning, regulating, developing, coordinating and managing water resources in the country. Later, in a separate ceremony, the PM and the four CMs signed a four-page document called the Pakistan Water Charter pledging commitment to the National Water Policy.

At least 37 Maoists killed in jungle raids in India