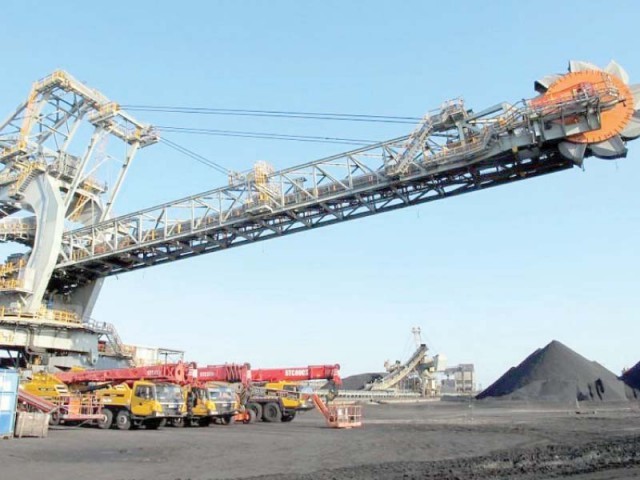 Market officials said the industry had already been suffering and the high fee for coal handling compounded the problems for it as well as exporters. PHOTO: FILE

Documents available with The Express Tribune revealed that PIBT had been instructed by the Supreme Court to collect existing cargo handling charges after coal handling was stopped at Karachi Port.

The apex court was of the view that the problem of pollution at Karachi Port and its coal yard would be resolved if coal-carrying ships offloaded cargo at Port Qasim.

Thus, it was directed that all ships carrying imported coal would not offload the cargo at Karachi Port, but unload it at Port Qasim at the same fee, which was presently being charged by PIBT over the next six weeks.

At Karachi Port, coal-handling charges were in the range of $4.5 to $5.49 per unit, but the terminal was collecting $6.5 per unit in addition to other charges like transport loading, water costs, etc.

Sources alleged that officers of the Port Qasim Authority (PQA) may have joined hands with terminal operators for charging the high fee.

When contacted, PIBT CEO Sharique Siddiqui said it was not correct that the terminal was charging excessive fee.

Despite repeated attempts, PQA officials could not be reached for comments.

Market officials said the industry had already been suffering and the high fee compounded problems for it as well as the exporters. They emphasised that a solution should be found to improve coal handling at Karachi Port.

“Waiting time at PIBT has increased to seven days, resulting in millions of rupees in demurrage cost. Previously, there were 10 or more berths where vessels could discharge cargo, but now all have been closed and only one is left,” an industry official said.

“PIBT is charging Rs800 per ton plus additional charges while charges for the same service at Karachi Port were around Rs300 per ton before the ban,” the official said.

“We couldn’t compete with China or India where cost of doing business is lower and competitive; this will make it worse. All the cost increase will be passed on to consumers, make goods more expensive and slow down the economy.”