Intern­al rate of return on equity should be reduce­d as risks go down
By SYED AKHTAR ALI
Published: July 9, 2018
Tweet Email 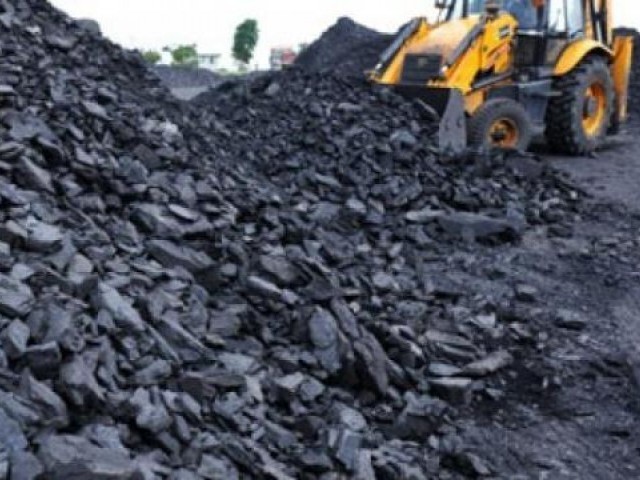 Financial cost plays an important role in project and product costs. About $1 billion of investment in coalmine is involved and an equal amount for the power plant, making it $2 billion. PHOTO:FILE

ISLAMABAD: It is a matter of great pleasure that the Thar coal project has reached a critical stage by hitting the coal surface and the reported quality appears to be up to the mark.

At this happy moment, however, several issues have emerged that need to be examined.

Thar coal costs around twice that of international and regional prices, including in India’s Thar desert area, for lignite under more or less identical conditions. Similarly, Thar coal-based electricity is more than 50% pricey than lignite-based electricity elsewhere.

People had thought that Thar coal would address their difficulties and make cheaper electricity available, but they were disappointed as were in the case of hydroelectric power. Most still believe that hydroelectric power is the cheapest energy source, when actually it is the most expensive, forgetting the case of Neelum-Jhelum power plant.

There are some avoidable measures which can reduce the cost of generation in Pakistan. Although we will be discussing a particular case, the lessons from it will mostly be applicable to other cases generally. Let us discuss the new Thar coal tariff application.

Financial cost plays an important role in project and product costs. About $1 billion of investment in coalmine is involved and an equal amount for the power plant, making it $2 billion.

Interest rate of Libor plus 4% has been allowed by the National Electric Power Regulatory Authority (Nepra) under project recourse guarantees and not sovereign guarantees. Under the China-Pakistan Economic Corridor (CPEC), sovereign loans for the transport sector have been given at 2%.

There is no reason Thar coalmine loan of $700 million should not be at the same rate. Libor at the time of loaning was 0.5% which has now gone beyond 2% and may cross 3% in the near future. This will greatly upset the tariff which will become unaffordable and unsustainable.

The least that could have been done was to negotiate a longer repayment period of 20 to 25 years which is not uncommon in such projects. The longer period would have led to a smooth unit product cost along with a reduction in foreign exchange outflow.

It is suggested that possibilities of renegotiation and refinance in this respect under the CPEC framework be pursued. There are other issues in CPEC terms and practices that the federal government has been urged to take up with the Chinese government.

Even initially, an internal rate of return (IRR) of 20% was unwarranted. Now that lignite has been found to be of the required quality and no major episode has happened, there is an extra case of bringing down the IRR on equity as risk has gone down.

A good rate is 14-15% which is a normal rate in the industry and in the region, for instance the Gujarat lignite mines and NLC lignite mines, Tamil Nadu.

Both in the region as well as in Europe, lignite prices are around $25 per ton while in case of Thar coal, the cost/prices are almost double than this benchmark.

A related issue is whether there is a scope for another project under these circumstances as several blocks have been awarded letter of intent and one project SINOSSRL has been issued tariff by the Thar Coal and Energy Board (TCEB), which is the same as that for the pioneer Sindh Engro Coal Mining Company (SECMC).

Should new projects get the same terms such as IRR of the pioneer that took more risks. These issues should be examined in more detail.

A third-party study comprising independent foreign experts as the country lacks experience may be commissioned for investigating the underlying issues including the possibility of additional funding that has been sought by developers.

Such an important issue of resource sustainability must be examined independently outside the purview of individual corporate interests.

If the current cost trends continue in Thar coal and measures are not taken to control them, there is a great risk that the coal will become uncompetitive. This resource may go unexploited as we have already started late when coal appears to be ending its market lifecycle.

Local cost and foreign exchange savings argument may not apply as well, as most of the costs – diesel, equipment, spares, tyres, etc – appear to be in foreign currency.

Thar coal electricity will be costing twice as much as wind and solar. With mounting domestic and international opposition to coal, Thar coal activity may not go beyond 10,000 megawatts at most.

It is, therefore, urged that keen attention be paid to bringing the capital expenditure (capex) and variable costs down. One wonders, why SECMC’s production cost is high, much higher than elsewhere.

There is the remaining issue of technology. They say they did not have the time and money for right technology. They might have had a cash flow problem due to the transitional issue of the project ownership structure, but certainly no dearth of capex budget.

We have proved elsewhere that the Thar project has more capex provision than in India on a per ton basis. It is difficult to believe and understand that the investment of $1 billion for a modest capacity of 7.6 million tons per year does not leave money for buying adequate machinery and equipment.

India started mining with advanced equipment like BWE some 50 years ago and now it has 34 BWE, 15 spreaders and 250 kms of conveyors with 25 million tons per annum of output with unit cost half that of the Thar project.

Sometimes technology is cheaper. It is cheaper and faster today to use Suzuki loaders than donkey carts. These days, it is not uncommon and impossible to dig out a comparable mine in 15 to 18 months with adequate investment which survives for 50 years as against trucks and shovels which do not go beyond 10 years.

More time and money seems to have been lost in inferior technology. It is not yet late.

However, it appears that we would remain victims of the low technology syndrome for a long time under a regulated non-competitive regime. Perhaps competition can make a difference.

Although the current project has been able to make Thar coal a reality which may be its lasting but expensive contribution, the dream and ambitions of a cheap local energy source remain unfulfilled and may remain so. Let competition be given a chance.

Earlier, the Pakistan Peoples Party government had plans to launch 5,000MW of projects on Thar coal. It may not be a bad idea to revive this.

A 5,000MW concession-type project to be implemented phase-wise in seven to 10 years will attract bidders. It is highly likely that tariff-based bidding would be able to get a fixed price of 5 US cents per kilowatt-hour (kWh).

One would like to utilise this opportunity to recommend to the TCEB for exploring further options of promoting and expanding the utilisation of Thar coal. A large quantity of coal is imported, resulting in foreign exchange drain.

Cement, bricks, tiles and ceramics industries use coal. End-users can be broadened through local availability.

Also, there are environmental and congestion problems at Karachi Port and the Supreme Court has ordered the shifting of coal unloading to Port Qasim, the latter itself has issues reportedly.

Pulverisation of coal at mine mouth may enable Thar lignite to be used by the general industry. Also briquetting may offer a cheaper fuel for rural areas.

Concluding, the Sindh government and the TCEB should explore the possibilities of introducing alternative institutional and market structures. Instead of project-based resource management, one could examine floating a commercial organisation under the Sindh government like Pakistan State Oil (PSO) and Pakistan LNG.

Also, competition should be introduced in mining and regulations replaced. It is wrong to say that nobody was interested. Senhua was and many European companies closing coal businesses in Europe may like to shift to this region with their equipment.

Invitation of bids for future projects on coal price basis may be an idea worth considering.