Those who call collecting funds 'begging' should be ashamed: CJP

Those who call collecting funds 'begging' should be ashamed: CJP

'We starte­d this out of love for the countr­y, but people falsel­y accuse our intent­ions'
By Our Correspondent
Published: September 11, 2018
Tweet Email 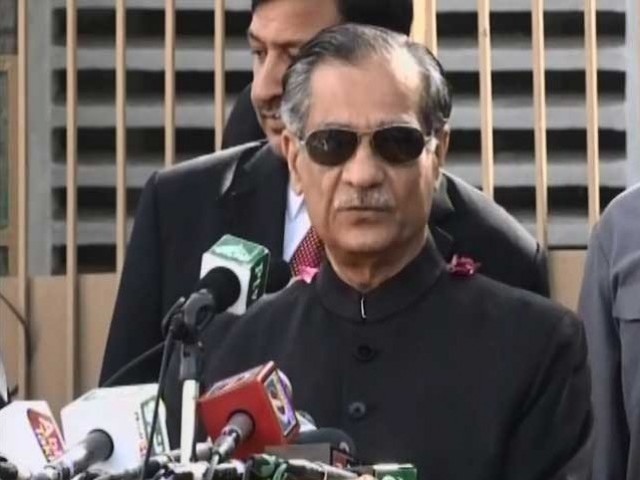 ISLAMABAD: Chief Justice Saqib Nisar on Tuesday remarked that those who term fund collection for Diamer-Bhasha and Mohmand dams as “begging” should be ashamed.

The country’s top judge added, during the hearing of Punjab Kidney and Liver Institute case, that the construction of water reservoirs is of paramount importance and will benefit the country. “We started this out of love for the country, but people falsely accuse our intentions.”

“To ask for help for national progress is not begging, those who term it as so should be shamed.”

During the hearing, a construction contractor suggested that the contract for the dam project could be allotted to him as he would keep the costs minimal, at this, the chief justice sought a written quotation of the construction costs.

Yesterday, the Chief of Army Staff General Qamar Javed Bajwa handed over a cheque of more than Rs1 billion to CJP Mian Saqib Nisar in the Prime Minister-CJ fund for the Diamer-Bhasha and Mohmand Dam.

The army chief also handed a letter to the CJP, stating that officers of the Pakistan Army, including civilian staffers, had donated their two-day salaries, while junior commissioned officers and army’s civilian workforce had donated a day’s salary to the dam fund.

According to the letter, welfare originations linked with Pakistan Army have also made a voluntary contribution to the cause.

“In sum, I am pleased to intimate that an accumulated amount of over a billion rupees has been collected and deposited in the Supreme Court’s Diamer-Bhasha and Mohmand Dam Fund,” states the letter.