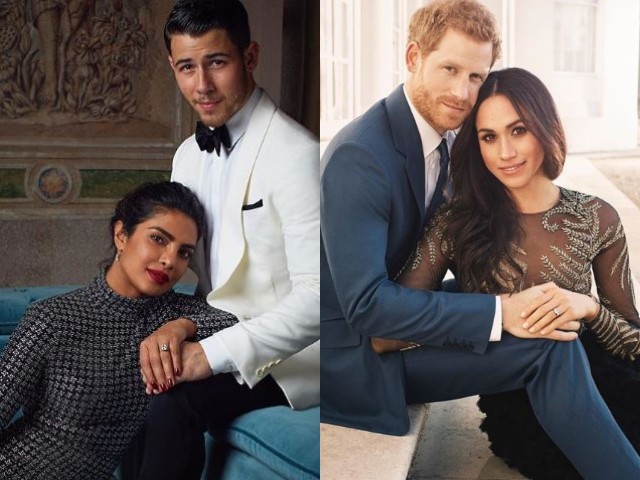 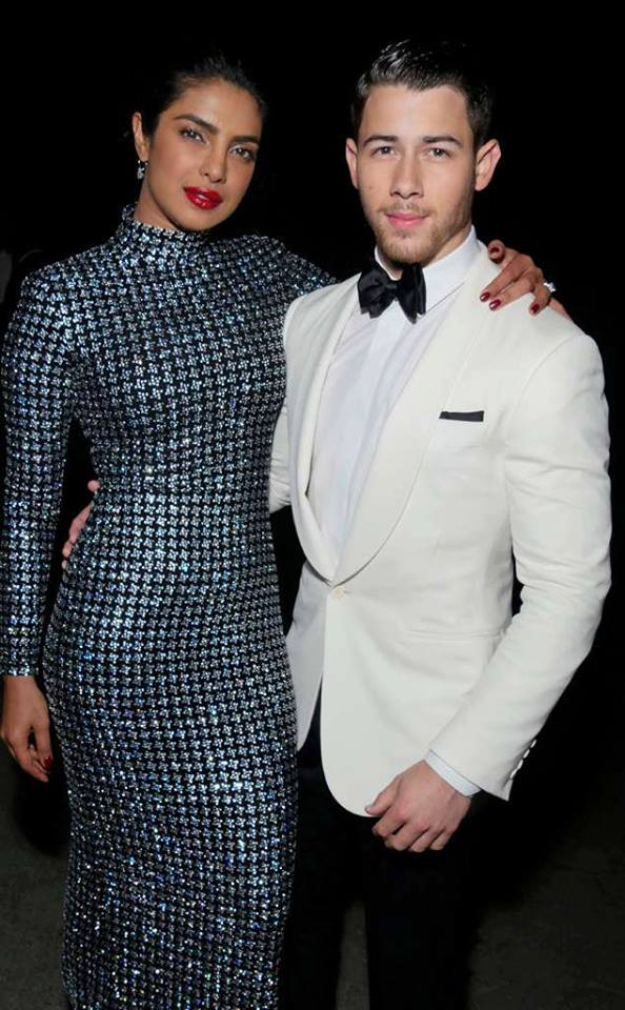 Chopra dazzled in a monochrome crystal-embellished turtleneck Ralph Lauren gown while Jonas complimented her with a white shirt and blazer paired with black trousers and bow tie. However, what struck most about the couple’s appearance was that it bore an uncanny resemblance to a cover of Vanity Fair magazine.

The December 2017 issue of Vanity Fair featured Jennifer Lopez and her baseball beau Alex Rodriguez. The two were seen sporting the same outfit that Chopra and Jonas wore to the anniversary show.

@PriyankaChopra and @NickJonas at the 50th Anniversary Show during #NYFW. . Photographed by @AlexiLubomirski. . #RL50 #RalphLauren

But that’s not all! It seems like Chopra and Jonas were also keen on recreating Meghan Markle and Prince Harry’s engagement photo shoot. Markle, who is a dear friend of Chopra’s – flaunted her engagement ring seating next to the Royal when photos of the couple’s engagement were released. Likewise, Chopra also showed off her Tiffany and Co jewellery posing with her fiance, Jonas.

Prince Harry and Ms. Meghan Markle have chosen to release this official portrait photograph to mark their engagement. The photograph was taken by photographer @alexilubomirski earlier this week at Frogmore House, Windsor.

Does this mean the couple has taken inspiration from Lopez, Rodriguez and Markle and her prince? It sure seems like that. However, we were rooting for some originality from the pair.

5 school supplies that could be harming your children