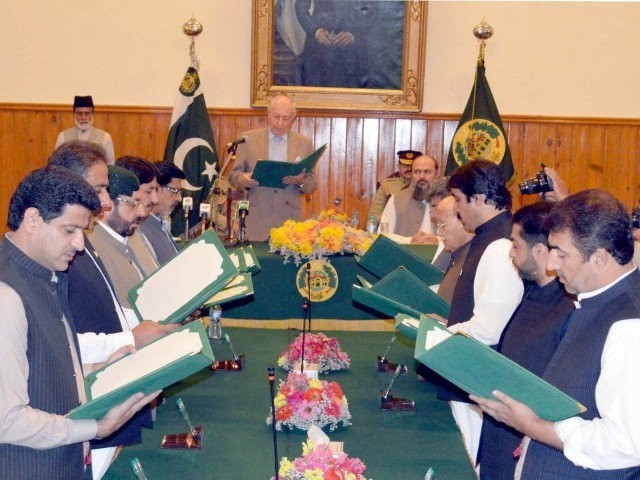 QUETTA  : The provincial cabinet of Balochistan was expanded on Friday after two more ministers took their oath in a ceremony held at Governor House in Quetta.

Sardar Khetran had contested from PB-08 Bharkan while Asad Baloch from Panjgore’s PB-43 constituency. Both had been appointed members of provincial assembly following the July 25 elections.

Earlier, three advisers to the chief minister were appointed in the now 16-member cabinet. 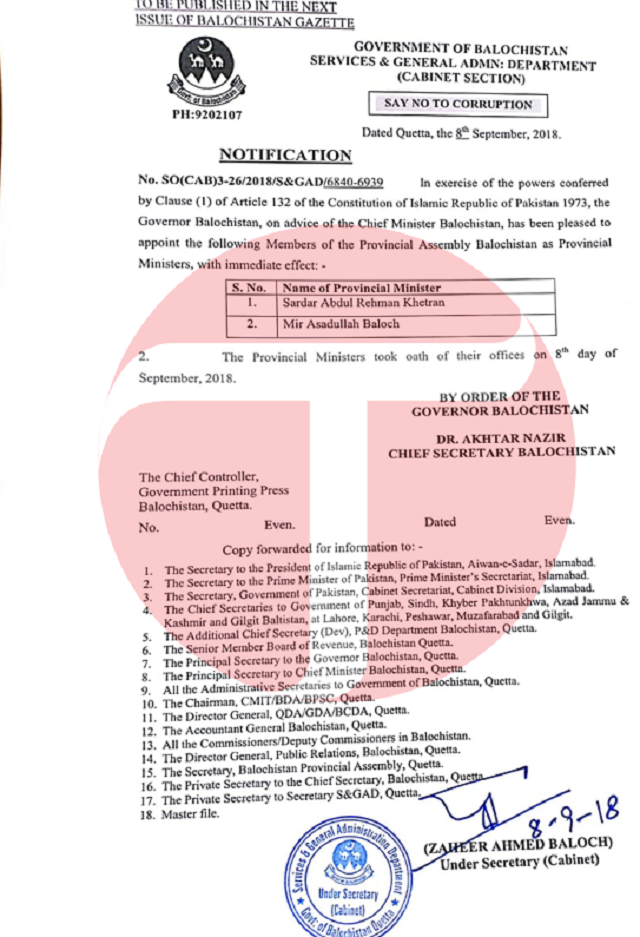 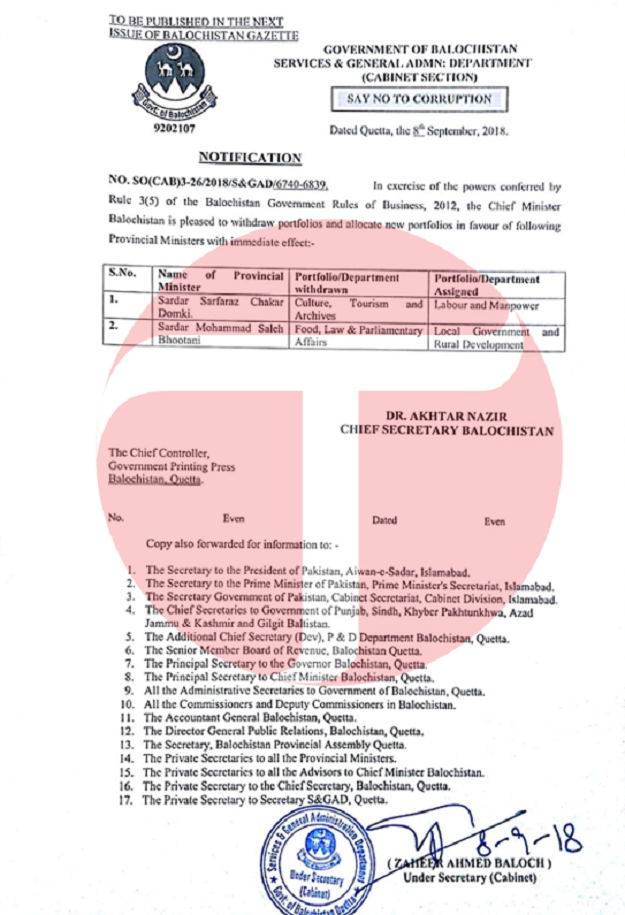 According to a notification issued by the provincial government, the portfolios assigned to Sardar Sarfaraz Chakar Domki and Sardar Mohammed Saleh were withdrawn and assigned new ones.

Dhomki, who was previously allotted food, law and parliamentary affairs was assigned labour and manpower, local government and rural development.