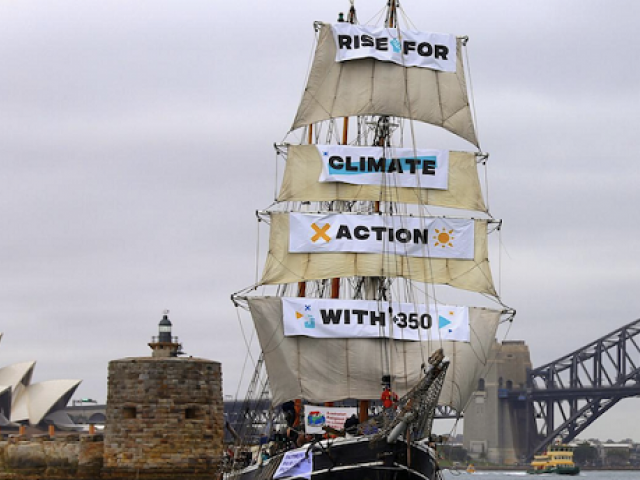 Climate change is of great concern in the Pacific region with Pacific Island nations declaring on Friday that it is their “single greatest threat” and urging Washington to return to the Paris Agreement on climate.

350.org, which had revenue of $16.8 million according to its 2017 financial statements, has coordinated 850 events around the world by linking local organizations, which in Australia included Get Up!, Greenpeace and the Climate Action Network.

The protests have been timed to build climate change action ahead of the Global Climate Action Summit, 350.org said in a statement, where political, business and entertainment leaders including the Hungary President Janos Ader, Ikea Group chief executive Jesper Brodin and actor Harrison Ford are scheduled to speak.

The summit, whose sponsors include Google, Facebook, the United Nations and Bloomberg Philanthropies, is planned for September 12 to 14 in California, less than 60 days before the US mid-term elections where climate is expected to be an issue.

Chief executive of 350.org Australia Blair Palese said her organization does not engage in party-political lobbying.

“We really just call for action on climate across all parties and all countries … just calling for the public to ask all candidates what their positions are on climate and what kind of action they’re taking,” she told Reuters by telephone on Saturday.

Chopper crashes in Nepal with seven people aboard