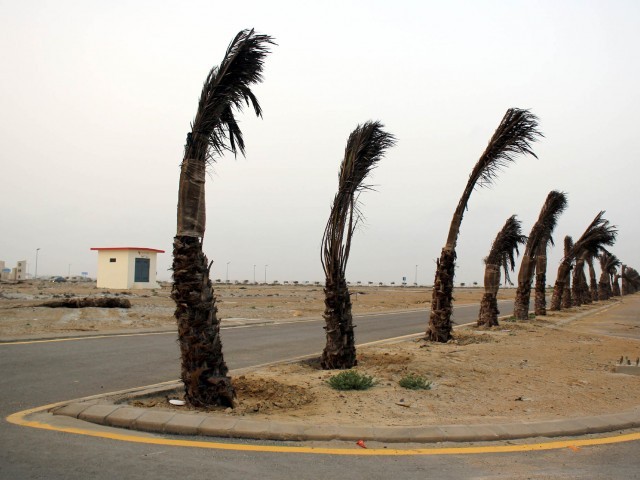 ISLAMABAD: Residents of various housing schemes in the federal capital could soon be called upon to play their part in responding to the climate change and environmental emergency in the country by planting trees with the district administration mulling a plan to make tree planting mandatory for residents.

The Islamabad Capital Territory (ICT) administration is working on an action plan to take up tree plantation in existing cooperative housing societies in the city even as plantation drives continue throughout the country under the Plant for Pakistan programme launched by Prime Minister Imran Khan last week.

Sources said that the absence of well-defined rules regarding tree plantation poses the biggest hurdle to the plan at the moment and that the ICT administration has decided to take up the issue with the Interior Ministry to formulate robust rules in this regard.

But the administration is working on having the rules amended.

Per Capital Development Authority (CDA) modalities and procedures under the CDA Zoning Regulations 1992, the official said that at least eight per cent area of a housing society must be left as open space to house playgrounds and parks. Trees could be planted in these areas, they suggested.

Moreover, 26 per cent of any housing scheme is left open for the construction of roads and pavements which too could be used to plant trees.

The source added that efforts are being made by the CDA and the ICT administration to encourage the public to plant maximum trees in housing societies and that they were working on drafting the action plan.

The plan, he said, will be prepared in coordination with cooperative societies and will identify which species of tree to be planted, areas to be given priority, identification of societies, creating awareness and setting deadlines.

Plants will then be distributed to societies by the district administration in cooperation with the forest department.

Once planted, members of the society will be responsible for ensuring the survival of the plants so that the green cover of the city can be increased.

Tree plantation will also be extended to open spaces and institutions.

With little open space available in housing societies, the source said that it was important to come up with new ideas which can meet the challenges, including looking at tree species which require little space to grow and also analyse planting techniques.

Mayor Sheikh Anser Aziz has said that the Islamabad Metropolitan Corporation (IMC) is working on a comprehensive strategy to increase the green cover of the city while ensuring that they do not add to the city’s persistent pollen problem.

In this regard, he has suggested that all those trees which cause pollen allergy will be replaced with fruit or other indigenous plants including Chir Pine, Kachnar, Amaltas, Dhreak, Jacaranda, Olive and Jaman.

He further said that planting trees and their preservation is a form of perpetual charity. In this regard, he said that the IMC has taken steps to practically engage all stakeholders in the Monsoon Tree Plantation Drive-2018.

All government departments and private sectors are collaborating with each other to make this city more clean and green.

Around 500,000 saplings in different areas of the city are being planted during the current plantation campaign.

He said that the ongoing monsoon tree plantation drive is unique in its nature since this is the first time the private sector is providing plant saplings for plantation in different areas of the federal capital while the Environment Wing of IMC is only providing technical expertise in tree plantation.