Reside­nts have starte­d migrat­ing out of the areas
By Our Correspondent
Published: September 6, 2018
Tweet Email 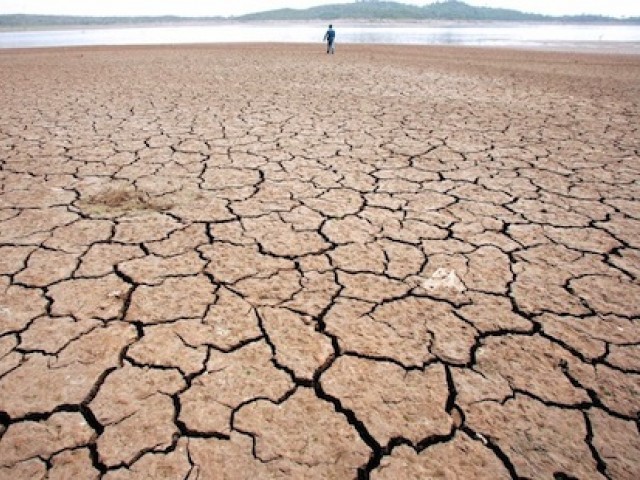 HYDERABAD: The Sindh government has notified on Wednesday large parts of six districts, including Tharparkar, as ‘calamity-affected areas’ due to low rainfall in the outgoing monsoon season. The other districts include Umerkot, Thatta, Dadu, Sanghar and Kambar Shahdadkot.

“The cultivated crops have dried and abnormal conditions have deteriorated the social conditions and the inhabitants of the district have started migration,” the notification, issued by the Sindh relief commissioner on Wednesday, observed for Tharparkar. The district’s 167 out of 172 revenue dehs have been declared drought-hit.

“The situation in opinion of the government warrants action under the provisions of Sindh Natural Calamities (Prevention and Relief) Act, 1958,” the notification reads.

A meeting of the Sindh cabinet on August 21 decided to provide 50 kilogrammes of wheat per month to each family in the calamity-hit areas. Some 323,435 families in Tharparkar and 43,240 families in Umerkot will receive the aid.

The relief commissioner has declared 88 dehs in Johi, K N Shah and Mehar talukas of Dadu, 25 dehs in Umerkot, 22 in Kambar and Warah talukas of Kambar Shahdadkot, seven dehs in Sanghar and Khipro talukas of Sanghar and six dehs in Thatta as calamity affected.

The farmers in Umerkot and Tharparkar require three to four spells of rain after every 15 to 20 days, starting from June and lasting throughout August, to cultivate the rain-fed crops. The locally grown crops include bajar [millet], moong [green gram] and guar [cluster beans] besides some other crops. The rains also turn the desert region green and create grazing grounds for the livestock animals.

In the mountainous regions, which are locally called Kohistan and Kaccho, the farmers grow the arid-zone crops like sorghum, guar and apple gourd when it rains. Pastures also develop on the plains for livestock. The rain also charges the underground water which the people use during the dry season.

The Sindh livestock department claims that it has set up 235 relief camps for livestock in the affected districts where nearly 3 million animals have been administered preventive vaccination. Another 40,000 sick animals have been provided free treatment and medicines in the camps.