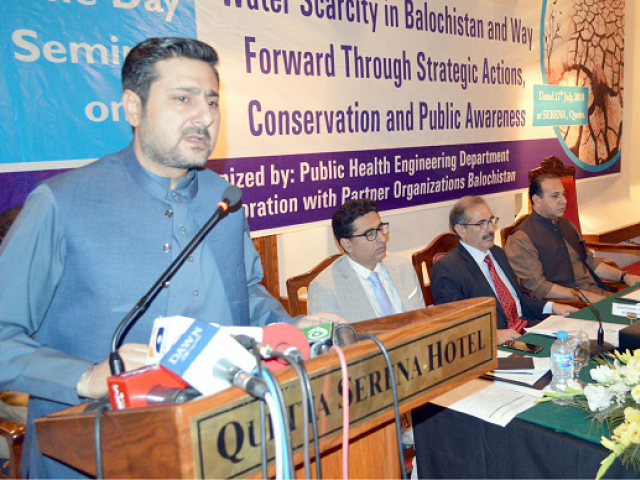 QUETTA: Caretaker Balochistan Chief Minister Alauddin Marri has said that the province is facing the worst kind of water shortage as Sindh has stopped 70 per cent of “our water” supply.

“We are witnessing the worst water crisis. We need collective efforts to save water for our future generation,” said the chief minister while addressing a seminar on ‘Water scarcity in Balochistan and Way Forward through Strategic Action, Conservation and Public Awareness’ organised by Public Health Engineering Department at a local hotel in Quetta on Tuesday.

Marri said, “The water level in dams has been decreasing rapidly but we haven’t planned any new dams to store rainwater. Unfortunately, we are among those nations that always plan after witnessing devastation.”

Marri lamented the allocation of funds in the Public Sector Development Programme for setting up new tube wells instead of new dams.

He said, “We are busy in politics on the issue of dams, while our country, particularly our province, has been facing the worst water crisis. We still have time to build new dams as after a couple of years new dams won’t be beneficial.”