Will Federe­r be conten­ding in 2019 US Open? Keepin­g in mind Federe­r’s genius it's too soon to say he will not
By Sumayia Asif
Published: September 5, 2018
Tweet Email 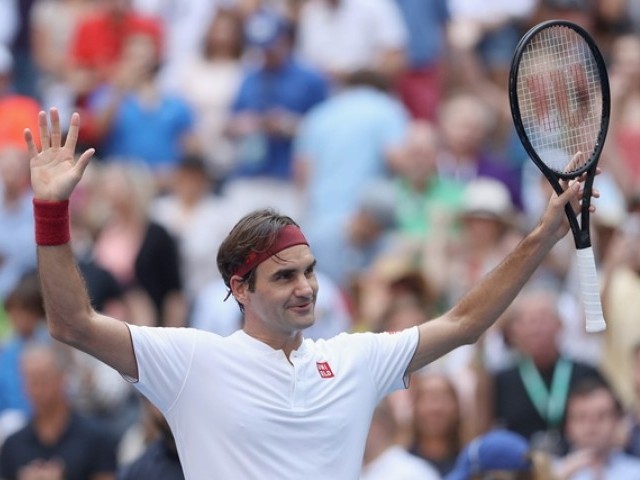 The ears have become so accustomed to the sound that the alternative feels unnatural, perplexing, wrong. Such is the magnitude and beauty of Roger Federer’s career that winning seems to be solely his right.

After 20 Grand Slam wins, two decades of ingenious displays of tennis that have wooed crowds and filled record books, Federer is perhaps nearing the end of his reign over tennis.

On an unforgiving, humid Tuesday, Federer fell to his earliest exits at the Arthur Ashe stadium in half a decade. A handful might have heard of John Millman, but most will remember him as the man who ousted the great Federer from the 2018 US Open.

Federer was just not himself. His first serve percentage was low, he struggled with the running forehand, and went for a drop shot far too quickly, far too frequently. He was sweating profusely and looked fatigued and 77 unforced errors later, Federer looked resigned and admitted as much after perhaps the poorest performance of his career.

In his former match against Nick Kyrgios however, Federer stunned crowds with one of the best shots of his career. Leading two sets to love, the five-time US Open champion lunged forward across the court and around the net to reach a Kyrgios slice; tapping in a winner no one expected. A roar of applause ensued. Kyrgios himself was left dumbfounded.

That is one of the things that make Federer’s game so beautiful to watch: it’s intuitive, his style of play is not formulaic, from his rare one-handed backhand, his masterful serve, to the way he glides on court and produces artful forehand shots.

Is this the end of Federer’s dominion over tennis? Has age finally caught up with him? It is hard to say. It is always a bad idea to second-guess the Swiss. For nearly six years, between 2010 and 2016, Federer won only one Grand Slam. For many it was a foregone conclusion that the Swiss maestro was past his prime, his career was over. But, defying all odds, and proving critics wrong, the ageless champion made a comeback in 2017.

Last year marked the rebirth of Federer. He won two majors, the Australian Open (beating arch-rival Rafael Nadal), and the Wimbledon. He went on to win seven titles in the season, the most since 2007, and his winning percentage was the highest since 2006. The season was Federer’s most successful in ten years.

The year 2018 began with another Australian Open title for Federer. In February he was crowned oldest number one in tennis at age 36 after winning his 97th ATP World Tour title in Rotterdam. How then can one predict where Roger Federer’s career is headed? The man has absolutely nothing to prove. What keeps bringing him back? Perhaps it is his love for the game.

Will Federer be contending in 2019 US Open, who knows? Will he ever win another major, no one has the answer to that, but keeping in mind Federer’s genius it is too soon to say he will not.