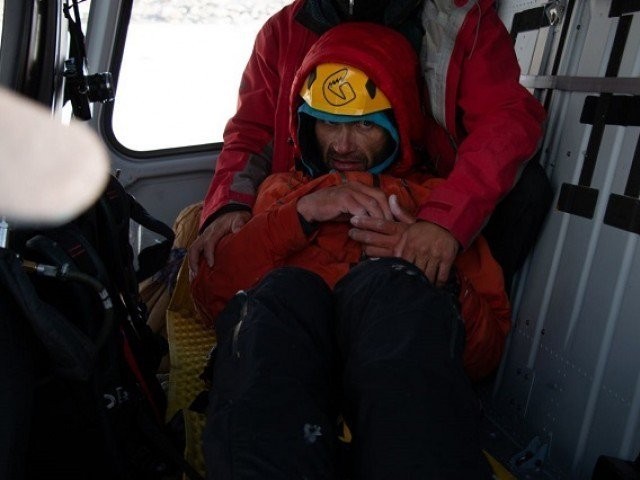 ISLAMABAD: Russian President Vladimir Putin on Monday conferred four Pakistanis with the “Order of Friendship” award for the rescue of the Russian climber Alexander Gukov.

On July 31, the Pakistan Army rescued the Russian climber from a peak in northern areas. Stranded at about 20,000 feet on Latok I peak in the Biafo glacier region, Gukov was rescued by the Pakistan Army Aviation.

An official statement issued by the the Russian Gazette, the official government newspaper, was quoted as saying,”Kazi Muhammad, Abid Rafik, Muhammad Anzhum Rafik and Fakhar-i-Abbas became Knights of the Order of Friendship.

Gukov had been stuck since July 25 and had exhausted his supplies three days ago. Seven rescue attempts were made between July 26 and 30, but snow clouds prevented rescuers from locating and retrieving the climber.

Gukov and his partner Sergey Glazunov had completed their climb after coming within 600 feet of the summit and began retreating down the mountain on July 25. In an accident, Glazunov fell to his death and Gukov sent an SOS signal for help.