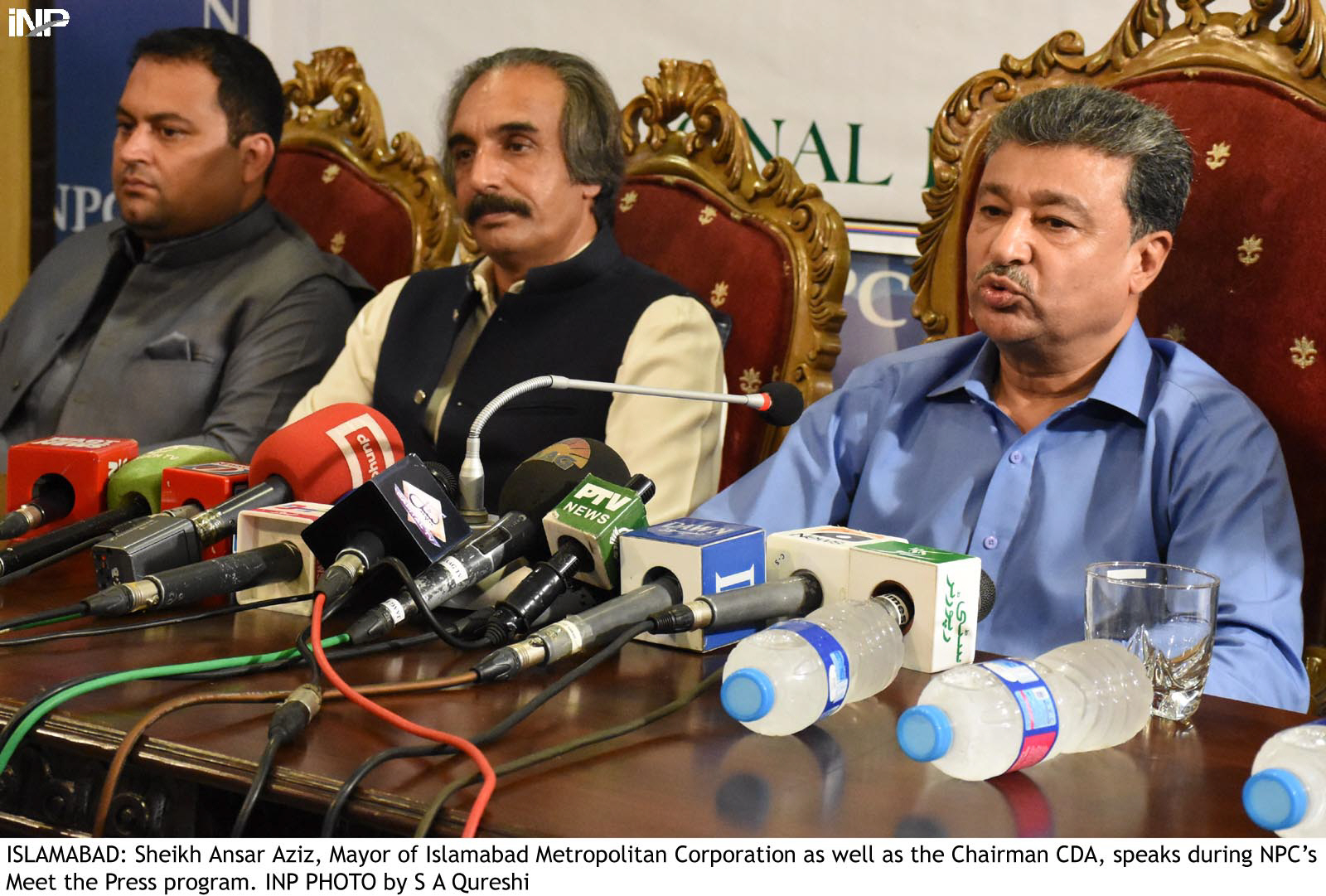 ISLAMABAD: The regional and urban planning departments of the apex civic body of the capital have called for taking action against the Sir Syed Memorial Complex for land use violations after a private institute operating in the complex recently sought reassignment of the amenity plot.

They recommended that instead of granting a fresh allotment to the CASE, the authority ought to take action against the complex under clause 18(5) of Islamabad Land Disposal Regulations (ILDR-2005).

“The authority may take action under clause 18(5) of Islamabad Land Disposal Regulations (ILDR-2005) if exceptional circumstances were not there,” DRP recommended. The DUP observed that transferring ownership of the plot from the Sir Syed Memorial Society to the engineering college was against the ILDR-2005 and land use planning parameters for public buildings in Sector G-5/1.

DUP further said that the apex court has on a previous occasion issued strict orders to the CDA and the Building Control Directorate on non-conforming use of the plot.

According to CDA’s record, the plot had been allotted to the Sir Syed Memorial Society (SSMS). The Aligarh Old Boys Association in Islamabad had created the SSMS in 1984 as a tribute to the 19th-century educationist and religious reformist Sir Syed Ahmad Khan.

Consequently, the CDA allotted a 24-Kanal plot for the society on Ataturk Avenue in Sector G-5/1.

The amenity plot was allotted for building a complex which would have an auditorium, a library, a reading room and a museum dedicated to Sir Syed Ahmed Khan.

In 2000, the society rented out a portion of the building to the private degree-awarding institution CASE — which is affiliated with the University of Engineering and Technology (UET) in Taxila. The Centre for Advanced Research in Engineering (CARE) — an affiliate of CASE — also operates out of the complex. The SSMS is run by a 15-member executive committee, which includes seven people from CASE.

CDA sources said that after issuing “several” notices to the SSMS since 2011. The society even moved the Islamabad High Court (IHC) and secured a stay order against the CDA action.

The stay order, however, expired in May 2015 and CDA issued another notice to SSMS on May 9, 2016, directing them to shut down the CASE campus.

When the society failed to comply with the directions, the civic authority sealed the complex on at least two occasions over the past two years for violating the terms of its lease.

However, the complex was de-sealed after assurances were given to the civic body that the complex would be brought under conforming use and that CASE would be shifted into a new building. Internal squabbling between some staffers and the committee had brought the society disrepute to the society and had attracted the attention of the city’s district administration.

The Islamabad administration on April 4, 2016, sealed some of the society’s offices, suspended the executive committee, and appointed the ICT finance director to head a caretaker body to run the society’s affairs.

Honour killing? : Young couple stabbed in their sleep in village