Roundup: Over 5,600 suspects held so far this year: police

Roundup: Over 5,600 suspects held so far this year: police 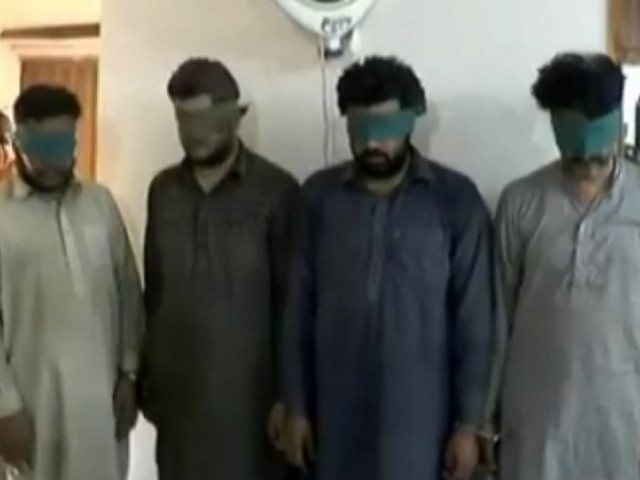 ISLAMABAD: The police have arrested as many as 5,680 criminals so far this year, including 915 absconders and recovered valuables worth more than Rs412.8 million from them, a police spokesman said on Sunday.

Police officials had accelerated efforts to trace theft as well as burglary cases in the capital. As a result, officials said they had arrested 404 suspects involved in 225 cases of robbery and recovered stolen valuables worth Rs35 million from them including gold ornaments, cell phones and cash.

Police also apprehended 684 suspects for possessing illegal weapons and recovered 39 Kalashnikovs, 631 pistols and 56,288 rounds of ammunition from them.

A total of 897 suspects were held for possessing narcotics and liquor while 799 cases were registered against them. As much as 217.53 kilogrammes of hashish, 33.26 kgs of heroin and 16,417 liquor bottles were recovered from them.

In a crackdown against “immoral activities”, the police said they had arrested 208 men and 252 women and booked them in 81 cases.

As many as 145 search operations were conducted across the city with support from law enforcement agencies. At least 582 suspects were held during these operations.

During the same period, legal action was taken against 6,583 professional beggars while 14 murder cases were also solved and 27 alleged killers were arrested.

Bahawalpur railway stations in a shambles