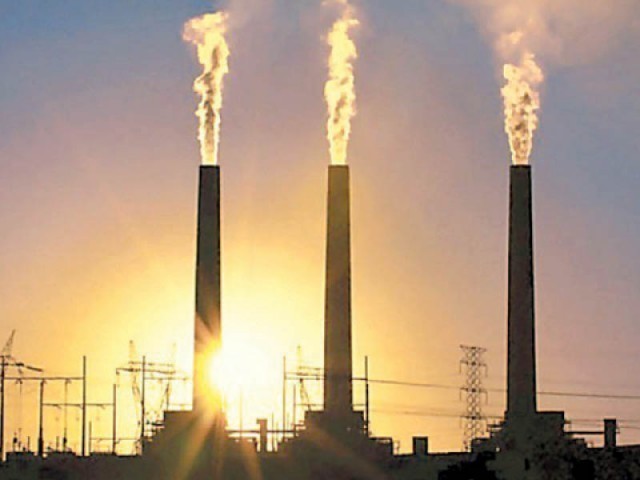 Nepra’s benchmark capacity factor used to be 60% for individual plant tariff determination which has been increased to 80% over the last five to seven years. PHOTO:FILE

ISLAMABAD: The National Electric Power Regulatory Authority’s (Nepra) report for the year 2017 is out.

Its State of Industry Report is one of the most authoritative sources of data and information and is relied upon by a wide variety of users including policymakers, private sector, academia, media and other research groups.

We are comparing monthly results of July 2017 with June 2018. It has been an interesting and eventful period.

Electricity generated from liquefied natural gas (LNG) has gone up to 25.18% from negligible in July 2017 whereas residual fuel oil (RFO)-based generation has come down from 25.59% to only 13.12%.

This has been the result of contribution by new power plants based on LNG and coal. The two imported coal power plants have a share of 11.76%. Hydroelectric power was a few percentage points lower this June due to weather effects and contributed 27.79% instead of usual 30%-plus.

In terms of generation cost-fuel component, there has been a 17% increase in fuel cost, increasing from Rs4.784 per unit to Rs5.60. Adding fixed costs of Rs4-5 per unit, the total unit cost of generation should have remained almost constant at Rs10.

Many factors should have contributed positively and negatively, but the major influence appears to be of exchange rate increase.

Local gas-based electricity fuel cost has come down from Rs5.67 to Rs4.71 per unit, the cheapest source. This indicates a need for rationalising the tariff of locally produced gas for a variety of reasons.

LNG-based electricity is 40% cheaper than that based on furnace oil. This seems to be due to cheaper LNG and higher thermal efficiency of new combined-cycle plants.

While there is persistent lamentation on some issues that have almost become apparently incurable like bad distribution companies’ performance and no improvement in transmission and distribution (T&D) losses and the associated circular debt, the report points out some new issues like rising capacity cost and the danger of further increase in it.

There is an expression of new intent by Nepra on solving some long-standing irritants in interest rates, debt-equity ratio, various overheads like insurance rates, financial and legal fee, etc, which have also played a role in rising capacity charges.

For those who may not be aware of capacity charges, they are kind of fixed costs like capital costs, interests, return on equity and fixed components of operation and management costs. Bulk of it is interest and principal repayments and return on equity.

The report warns that the capacity payment has increased from Rs4.1 per unit to Rs5 and is poised to increase further. For an almost depreciated power plant park size, this appears to be rather high.

Average and typical capacity payments for individual plants range between Rs1 and Rs2 per unit. Capacity payments and circular debt are two big sinks, a detailed audit and analysis of which is overdue.

The interim government had promised to release a white paper on circular debt, but it appears that the initial enthusiasm is gone with time.

On the conceptual level, following are the possible reasons – lesser capacity utilisation and higher capital costs of new power plants, both of which seem to be applicable in the instant case.

A third possibility can be all kinds of sundry expenses, bad debts and overheads that have been heaped on it.

To give the reader a comparison, return on equity in India is 14% as opposed to 17-20% in Pakistan, local loan spread in India is specified by the Bank of India at 0.5% while Nepra allows as much as 3%. There are many other excesses in allowing huge finance and legal fee and insurance costs.

A big question is economic growth rate and the associated electricity growth rate. Also, it will depend on strengthening and expansion of the transmission and distribution network; demand growth does not emanate only from existing consumers. There are host of other issues that will affect electricity costs.

Furnace oil could not be eliminated due to existing refineries’ product mix, although its imports have been stopped. Nepra’s June 2018 report shows only 9% share of furnace oil-based electricity in place of 30% earlier.

May be, some ways may be found to export furnace oil, albeit at a loss. We have been earlier exporting gasoline for some time.

Another opportunity could be examined for undertaking BMR of existing natural gas combined-cycle plants having efficiency of less than 40%. Current efficiency of newer plants is 60%. Losses will rise as increase in sales contributes to the circular debt.

Exporters want a reduction in electricity tariff in order to be able to export. Average electricity generation cost in India is 5 cents and industrial tariff is less than 10 cents.

It wouldn’t be easy to oblige exporters. The textile sector says it has an export potential of $45 billion. Their demands cannot be ignored in view of the mounting trade gap.

Nepra’s benchmark capacity factor used to be 60% for individual plant tariff determination which has been increased to 80% over the last five to seven years.

A number of furnace oil-based power plants are not run by the government due to financial reasons and that is why there is continued load-shedding despite adequate power plant capacity. Thus, lesser production and capacity utilisation contributes to higher capacity or fixed charges.

Secondly, the new power plants, especially coal, have high fixed charges of 4 or more cents per unit while on the average the total coal power tariff in most parts of the world is around 5 cents as opposed to imported coal power tariff of 8.4 cents plus.

Even local Thar coal does not produce cheaper electricity. It is equally expensive. Moreover, in initial years, the tariff is 25% higher than the levellised tariff – a kind of average which equalises higher costs in the beginning and lower costs in later years when debt payment is over).

What is the solution, for existing projects, there is hardly anything that can be done. However, it may be possible to try getting the loan repayment period to be extended to 20 years.

IPP loans are bilateral in nature and the government is only involved indirectly. Why are these capacity charges high anyway? It is a long story. High capital expenditure allowed by Nepra and lobbied by the government and associated financial terms such as high returns up to 17-20% are largely responsible.

The same Chinese were ready to sell Thar coal-based electricity for 5.3 cents, some days earlier, under a purely commercial arrangement. Under CPEC, which is supposed to be an assistance package, the rates are higher, some of which we are largely responsible for.

Nepra has expressed its intention to correct and adjust high financial and overhead costs (like return on equity, bank spread, insurance cost, etc), but a little late in the day, after approving investments for some 20,000 megawatts.

Not much is left for the time being. Also, the competitive regime is on the verge of becoming the order of the day in which competition decides all these factors rather than the regulator.

There is an overwhelming consensus on competitive tariff bidding and reverse auction. A full competitive market in the style of western countries may take a while.

The new electricity law, as per Nepra report, has provided for marketing players and agents.

Another solution to fix the problem and bringing down the electricity supply cost would be to induct a package of low-priced and low capex energy such as solar power. At 5 cents and without any fuel cost and no imports, this is really a good deal.

Existing plans may have to be amended to the extent possible to bring a package of, say, 10,000MW of solar energy in the next five to seven years.

If this capacity is distributed throughout the country proportionally, say, 100MW on the average in and around 100 districts, there would be no transmission bottlenecks. One of the lurking problems today is transmission and distribution.

Nepra projections indicate an overcapacity of more than 10,000MW by the year 2025? It will depend on how economy proceeds ahead and the associated power demand.

There is no sure way to predict how economy will behave and how the linked power demand will. Late Mehboobul Haque argued that some load-shedding and under-capacity may be optimum as it would save expensive peak electricity costs.

Times have changed. At least day-time peak electricity is cheaper in the form of solar. In his time, it was diesel or gas turbine. Perhaps, he was partly right as we are seeing the problems of high investments in the power sector, resulting in high capital goods imports, foreign exchange crisis and budgetary difficulties.