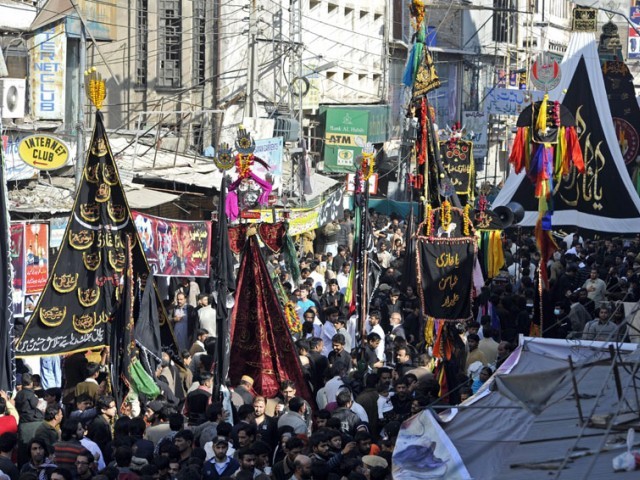 LAHORE: Lahore police have chalked out a plan to provide foolproof security during the month of Muharram.

As part of the security strategy, Deputy Inspector General Operations Police Shahzad Akbar Rana ordered all the divisional SPs to conduct meetings with religious scholars and administrators on a regular basis.

He also directed them to conduct search operations on the premises of all the police stations. Volunteers will not only be verified and registered, he said. “SPs are in close coordination with the district administration to ensure security arrangements. Police will install closed-circuit television cameras (CCTV) to monitor all the gatherings and processions.”

He said SP Security Muhammad Naveed has been appointed as focal-person to deal with the security matters. He vowed to hold a meeting with the members of peace committee to finalise the arrangements. Rana requested the religious scholars to convey the message of peace, love, and co-existence in their speeches.

An officer speaking on the condition of anonymity told The Express Tribune that senior command of police will hold a meeting with the leaders of different sects to seek their support in maintaining peace during Muharram. He said the meetings will also be held with district administration and members of peace committees. Afterwards, they would meet commanders of their force, he said.

He said that the routes and venues will be cleared before the start of the events by special branch, experts of bomb disposal squads and sniffer dogs. Every participant will be allowed entry after checking at three points. Separate arrangements for the checking of female participants will also be made.

Officials in Punjab directed to improve conditions at emergency wards