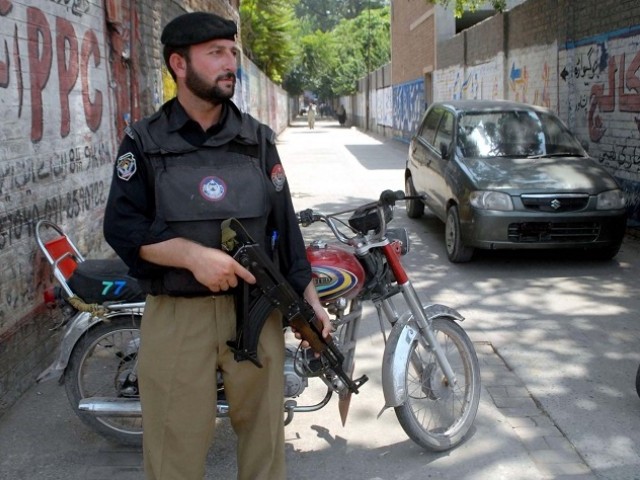 PESHAWAR: A police guard of Pakistan Tehreek-e-Insaf MPA from PK-76 Asif Khan was injured when an unidentified armed man opened fire at him in Ittehad Colony area of the city on Monday night.

MPA Khan was visiting the area that comes in the jurisdiction of Paharipura police station to condole death of party’s town president Irfan Saleem’s mother, a police officer told The Express Tribune.

The injured, identified as Zarshad, was rushed to the Lady Reading Hospital (LRH) where his condition is said to be out of danger.

SSP Javed Iqbal Mehsud said the injured was out of danger and a pistol was used in the attack. He said that the policeman was the target and not the MPA.

Police reached the area and started a search operation. However, the attacker managed to escape after committing the crime taking advantage of congested and narrow streets of the locality.