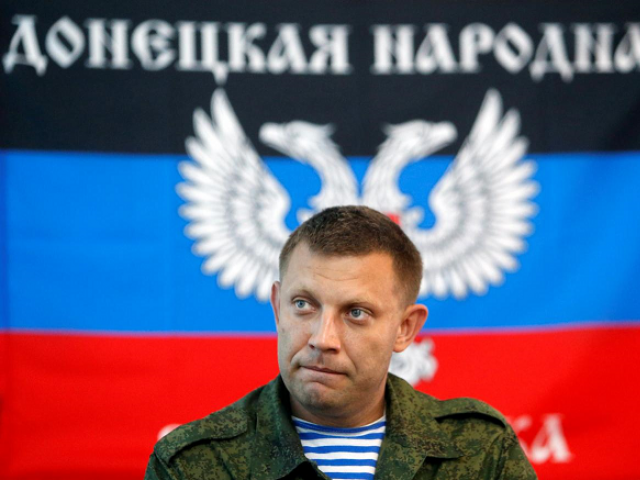 MOSCOW/KIEV: The leader of Russian-backed separatists in the Donetsk region in eastern Ukraine was killed in an explosion at a cafe on Friday, prompting Russia to accuse Ukraine of assassinating him while Kiev blamed separatist infighting.

Russia’s foreign ministry accused Ukraine of killing the separatist leader, Alexander Zakharchenko, to try to unleash a renewed war in eastern Ukraine, but Kiev said it had nothing to do with the blast.

An aide to Zakharchenko said the rebels had seen an increased movement of Ukrainian armored vehicles heading toward the separatist region, RIA news agency reported, a claim rejected by Ukraine’s military.

Russian President Vladimir Putin called the killing a “dastardly” crime that aimed to destabilise the fragile peace in the region.

However, Putin, in a statement issued by the Kremlin, did not accuse Ukraine of being behind the killing. Putin expressed his condolences to Zakharchenko’s family.

Zakharchenko, who led the self-proclaimed Donetsk People’s Republic since 2014, “received injuries incompatible with life as a result of an explosion in the center of Donetsk,” the separatist administration said in a statement.

Russian-backed rebels threw off Ukrainian central rule in an armed uprising after pro-Western leaders opposed by Moscow came to power in the Ukrainian capital, Kiev, in 2014.

A shaky internationally-brokered ceasefire has been in force since 2015, halting large-scale fighting, though there are still frequent outbreaks of shooting on the front line between the separatist and Ukrainian forces.

In a telegram of condolences released by the Kremlin, Putin praised Zakharchenko as a true popular leader and a patriot.

“The dastardly killing of Alexander Zakharchenko is further evidence: those who have chosen the path of terror, violence and spreading fear do not want to seek a peaceful political solution to the conflict,” he said. He did not say who these people were.

Russia’s Investigative Committee, the state body that handles major crimes, said it was treating the killing as an act of international terrorism.

In Kiev, a spokesperson for the state Security Service, Yelena Gitlyanskaya, dismissed Moscow’s accusations, saying the killing was a result of years-long “internal fighting … between the terrorists and their Russian sponsors”.

Denying a rebel claim of increased military activity by Kiev’s forces, an officer in Ukraine’s Joint Forces Operation said: “Everything is operating in a routine fashion. This (claim) is either fake or they are preparing for something.”

Ukraine’s General Staff declined to comment on the matter.

Zakharchenko, a 42-year-old former coalmine electrician, became leader of the Donetsk Republic in November 2014. Other rebel leaders say he was handpicked for the role by Moscow. A vote held by separatists confirmed him in office.

Earlier this year, three sources who led the original uprising in 2014 told Reuters they expected Zakharchenko to be pushed aside, with Moscow’s assistance, and that a new rebel leadership would take over.

At least five other leading separatist commanders have been killed in unexplained circumstances not connected to front-line combat.

Separatist officials blamed Ukraine for those deaths, while Kiev — and some separatists speaking on condition of anonymity — said in some cases the commanders were killed in internal purges.

Among those killed was Arseny Pavlov, who went by the nom de guerre “Motorola” and was blown up in the lift of his apartment building in Donetsk in October 2016.

Another prominent casualty was Alexander Bednov, nicknamed “Batman,” a senior commander in the Luhansk People’s Republic, another eastern Ukrainian breakaway region that neighbors Donetsk. He was killed in January 2015 when his convoy came under fire in a location where, at the time, there was no fighting with Ukrainian forces.

The region’s official media outlet said on Friday that Dmitry Trapeznikov, 37, deputy head of the region’s council of ministers, had been appointed temporary leader.