K-P CM to strive for greater CPEC share for province

K-P CM to strive for greater CPEC share for province

Says touris­m to become a mainst­ay of the provin­cial econom­y
By Our Correspondent
Published: September 1, 2018
Tweet Email 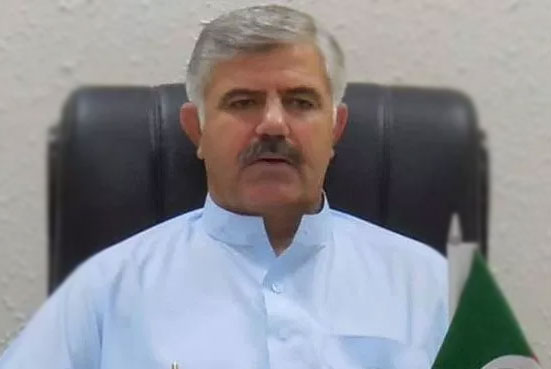 PESHAWAR: The new chief minister has assured that he will approach all relevant forums to secure a larger share for the province in the multi-billion dollar economic corridor being built by China.

Khyber-Pakhtunkhwa (K-P) Chief Minister Mahmood Khan claimed that the previous government led by the Pakistan Muslim League-Nawaz (PML-N) had kept promising a greater share for the province in the China-Pakistan Economic Corridor (CPEC) while doing something else.

This, Mahmood claimed, was done to allegedly keep the backward areas of the province from advancing and committing injustice with deprived people.

The chief minister said this while speaking to different delegations comprising parliamentarians and people from different walks of life at his office in the Chief Minister’s Secretariat of Peshawar on Friday.

The delegations informed the chief minister about their problems of their respective areas and how they had been neglected from the stream of CPEC projects in the province.

Mahmood assured them that he was fully aware of the excesses of the previous rulers. But with the Pakistan Tehreek-e-Insaf (PTI) in power both in the province and in the centre, things will change.

He added that they have already planned industrialisation, agriculture sector development, efficient use of surface and groundwater resources, expanding the productive sectors in the province, tapping natural resources of the province which focus on the seven newly merged districts of the erstwhile federally administered tribal areas (Fata) and developing tourism on attractive lines to make these resources the dominant features of the overall economy of the province.

The chief minister further said that he would negotiate at the proper forum to get some feasible projects in the CPEC portfolio that would include projects for road and rail communication, industrialisation of the raw material of the province, oil and gas related projects predominantly projects for tourism promotion in the province.

He was optimistic that tourism would become the mainstay of the provincial economy.

In this regard, he said that a plan was underway to integrate the entire province through road networks which would open up all sectors leading to job creation and overall prosperity and economic development of the province.