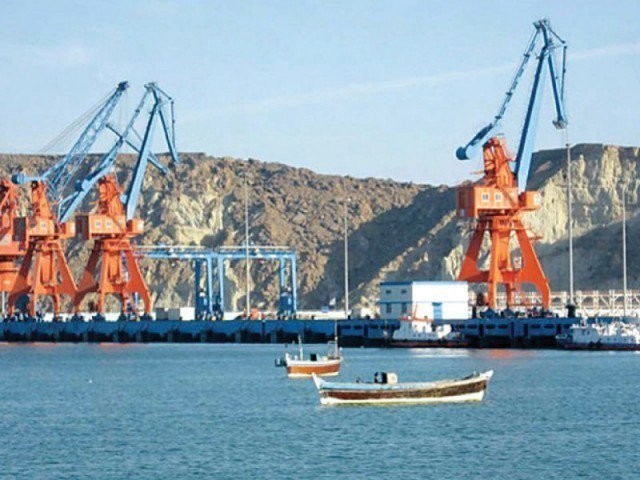 CPEC could be a lifetime opportunity if taken as a challenge with full responsibility. PHOTO:FILE

ISLAMABAD: Speakers at a roundtable conference on Tuesday highlighted the importance of promoting and developing small and medium-sized enterprises (SMEs) in an attempt to tap potential of the China-Pakistan Economic Corridor (CPEC) for sustainable progress and development.

The conference titled “Role of CPEC to develop SEZs, SMEs and Human Resources” was jointly organised by the CPEC Excellence Centre and the Federation of Pakistan Chambers of Commerce and Industry (FPCCI).

The speakers emphasised that a win-win situation should be created for both countries, saying instead of indulging in competition, they should complement each other which should be the mode of operation.

Ministry of Planning, Development and Reform Secretary Shoaib Ahmed Siddiqui said some forces wanted to break the China-Pakistan relationship, towards which many countries were looking with envy.

“People and governments of the two countries are standing like a rock and are determined to move forward,” added Siddiqui. “No doubt, China is having business interests in CPEC, but it must be realised that it is providing equal opportunities to Pakistan from which the country can benefit a lot.”

The secretary was of the view that there may be difference of opinion, but all should be united for national interest, adding the nation and its institutions were united on CPEC and were doing their best for the project’s development.

Saying the business community had always been forthcoming, Siddiqui requested businessmen to give their suggestions for making it more productive.

FPCCI President Ghazanfar Bilour highlighted the role of industrial development, businesses and SMEs in overall development of the country. “CPEC provides an opportunity to Pakistan to develop its SME sector and secure jobs for the youth,” he remarked.

On the occasion, FPCCI’s SMEs Central Committee Chairman Iftikhar Ali Malik pointed to the link between small enterprises and the Special Economic Zones (SEZs), saying if one was developed, the other should be developed simultaneously.

He emphasised that CPEC could be a lifetime opportunity if taken as a challenge with full responsibility.

“An investment of $50 billion in Pakistan reflects China’s trust,” he said. “Instead of involving in competition, Chinese businessmen should complement and coordinate with the SME sector of Pakistan in order to create a win-win situation for both countries.”

He regretted that SMEs were ignored in the federal budget for fiscal year 2018-19 whereas they were facing lots of problems in getting bank loans. He also stressed the need for focusing on the SME cluster development under CPEC.

CPEC Project Director Hassan Dawood Butt informed seminar participants about the progress on various projects under CPEC. He revealed that a meeting of the Joint Working Group was likely to be held by the end of July or early August, adding the Shanghai Expo 2018 was scheduled to be held in October, which would provide a better opportunity to showcase Pakistan’s products.

Dismissing claims that most of the employees working on CPEC projects were Chinese, he said 64% of human resources working in the energy sector were Pakistanis, adding initially they had to hire Chinese to execute projects till the local manpower was trained.