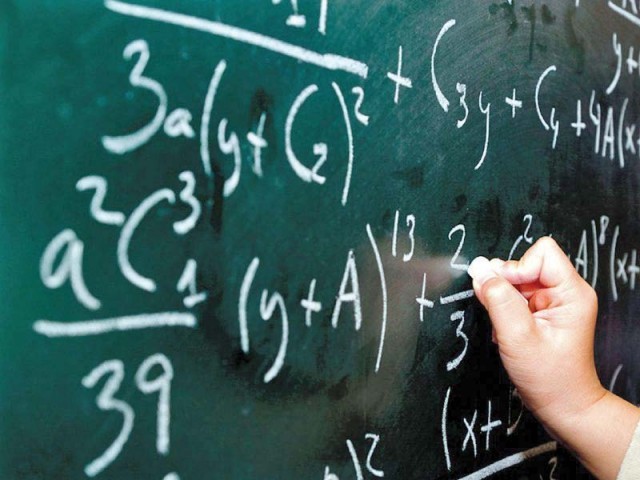 SARGODHA: Government-run primary schools in Sargodha district have been in a pitiful state for years.

The government’s tall claims of improving the education infrastructure seem to have fallen flat, despite the provision of millions of rupees.

The condition of Government Girls Primary School Railway Colony Kandian speaks volumes about the state of affairs. The school has been in dire need of repair and expansion for years.

A survey conducted by The Express Tribune revealed that not a single classroom was clean or safe. Students are forced to study on the floor in deplorable conditions as the institute lacks even the most basic facilities.

At present, there are more than 250 students enrolled in the school which is greater than its capacity. For all the students, there are just five teachers.

The school lacks walls, washrooms, classes, furniture and other basic facilities. Due to a serious dearth of schools in the area, students from neighbouring areas also attend the facility in question.

However, their woes are not limited to the lack of basic facilities. The classrooms have cracked walls, while the boundary of the school has collapsed. The students and staff have set up a temporary wall with bricks and bushes on a self-help basis. Besides, there is no security staff deputed for the safety of the students and teachers.

In addition, sewage water has also accumulated in and around the school premises, resulting in a breeding ground for mosquitoes. For the staff, there are several other issues.

One year ago, the renovation and construction work of the school had started, but could not be completed as the contractor fled with the funds provided by the education department.

Students and teachers have urged the government to address these issues, but to no avail. They have been protesting against the school’s state of affairs and urged the education department and Punjab chief minister to take note of the matter.

While speaking to Express News, Kandian resident Zafar Qureshi said, “It is unfortunate that the education sector in our country has been neglected for years.” He added that the school’s condition should be improved and number of teachers increased to facilitate students.

Non-conforming use of land: CDA to continue drive against private schools

Another local, Ahmed Bilal, said that the government’s negligence has affected education and future of children. “It is a serious matter and the authorities should come up with a plan to improve the standard of government schools,” he remarked.

When contacted, Education CEO Tariq Mehmood Qazi told Express News that efforts were afoot to provide basic facilities to all government-run schools in the district.”

“As soon as the funds are released, the school will be renovated and its infrastructure will be improved.”