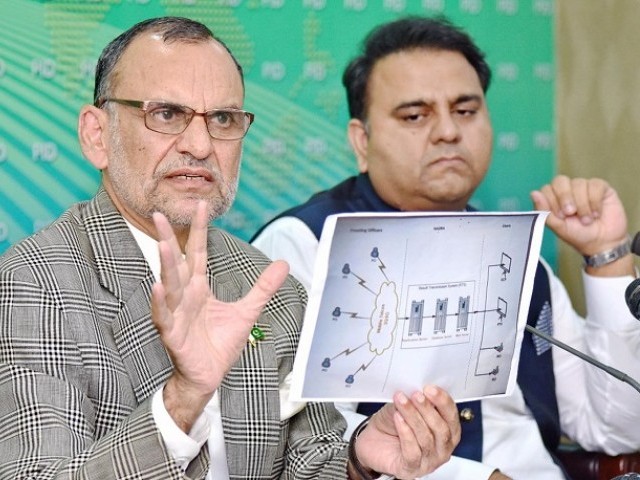 ISLAMABAD: Pakistan Tehreek-e-Insaf (PTI) senator Azam Khan Swati on Friday stressed a thorough investigation into the failure of the Result Transmission System (RTS) on the day of the general elections, terming a forensic audit necessary.

“There should be a probe as to why the RTS stopped working,” Swati said while addressing a news conference in Islamabad flanked by Information Minister Fawad Chaudhry.

“We will prove that election was free and fair,” he said and suggested that the National Database and Registration Authority (Nadra) chief be suspended until the investigation is complete.” Swati is currently heading a committee probing the RTS malfunction.

Addressing a session of the Senate on Wednesday, Swati questioned the previous government over the reliability of the RTS installed for July’s general elections.

Swati pointed out that the aforementioned system was developed by Nadra under the PML-N government, which appointed senior officials of Nadra and Election Commission of Pakistan (ECP) officials to carryout the task.

‘Nawaz to be billed’

On the occasion, Fawad Chaudhry said that a travel bill amounting to Rs25 million will be sent to the former prime minister Nawaz Sharif. He claimed that Sharif had spent the amount from the national exchequer on personal travelling.