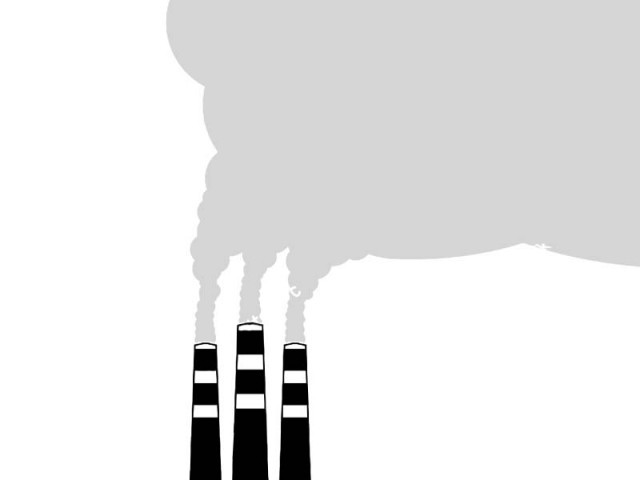 RAHIM YAR KHAN: Although a tree plantation campaign is under way across Rahim Yar Khan, the owners of factories, industries and sugar mills have failed to take effective measures to control environmental pollution.

Several cases of a serious nature have been filed against owners of sugar mills and factories which are accused of spreading environmental pollution. The petitions have been pending in the courts for years.

Even though crushing season has arrived, sugar mills are yet to set up water treatment plants and a smog control system to protect the environment. As a result, the district’s population is exposed to chemically polluted water and the smoke released from these units.

A survey conducted by Express News showed that Rahim Yar Khan is also facing the brunt of global warming. As the region has not received enough rainfall during the current year, Rahim Yar Khan and adjoining Cholistan are facing a drought which is affecting the production of cotton, Kamad, Dhan and green fodder. The yield has been reduced by 35% to 40%.

The survey revealed that the main reason for changes in weather is the cutting down of millions of trees to make way for canals and highways.

During the monsoon tree plantation campaign, the department of forestry set a target of planting 550,000 saplings. However, locals claim that government institutions have merely run the drive as a photo opportunity. They added that nothing has been done on the ground to improve the situation.

Meanwhile, the industries, sugar mills and factories responsible for plunging the district into severe environmental issues are miles away from the tree plantation campaign.

The survey reveals that the chemical water and flux being released from five sugar mills and 260 industrial units is causing hepatitis, breathing problems and throat, lung and skin-related ailments.

Notices were issued to the sugar mills and large industrial institutions and factories, but there has been no action taken against any of them.

Cases against sugar mill owners who have failed to take steps to protect the environment have been pending in the Environmental Protection Tribunal for the last three years.