Imran Khan says will take up caricatures issue at UN

Imran Khan says will take up caricatures issue at UN 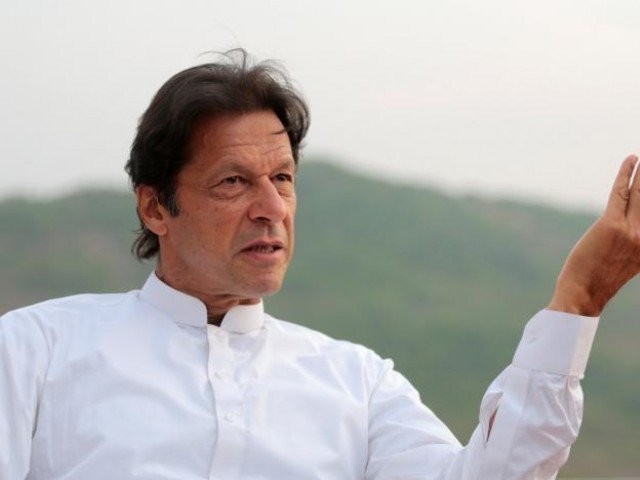 ISLAMABAD: Condemning the blasphemous cartoon competition in the Netherlands, Prime Minister Imran Khan blamed the recurrence of such incidents a collective failure of the Muslim world, saying he would take up the matter at the United Nations General Assembly’s upcoming session.

“This is a collective failure of the entire Muslim world,” the PM said in his maiden address to the Senate on Monday.

“The OIC (Organisation of Islamic Cooperation) should have taken up the matter long ago and forged a practicable strategy. But the OIC is yet to wake up to the detestable moves (perpetrated) to hurt the sentiments of the Muslims,” Khan said.

His comments came on the heels of a unanimously adopted supplementary resolution in the Senate.

The resolution, moved by Leader of the House Shibli Faraz, condemned the blasphemous cartoon competition being held in the Netherlands.

Imran Khan said that he fully supported the resolution and his government opposed every move that was aimed at hurting religious sentiments of any community.

“We will take up this matter at UNGA,” he said.

The next session of the world body is scheduled in September.

“I know the psyche of the western public. They won’t back out. It is very easy to create fitna against Muslims in that society. We have to be united to combat such moves.”

After the publication of Salman Rushdi’s blasphemous book ‘Satanic Verses’, it was very easy to malign Muslims in the west, the prime minister said. “And they have been successfully doing it.”

Pointing out that the West did not allow any meaningful discussion on Holocaust, he said: “They say six million people were killed in the Holocaust. If you say this number is four million, you would face the music. Four Western countries have introduced jail sentences against those who are critical of Holocaust. If they feel pained discussing the Holocaust, why haven’t we been able to convey to the West how much we feel pained when they do blasphemous things against Islam and our beloved Holy Prophet (Peace Be Upon Him)?”

Reiterating his resolve to make the government accountable before parliament, Khan said his federal government was taking steps to improve the workings of the Senate.

In this context, rules would be framed to allow question time on a fortnightly basis in which government officials, including the PM, would answer related queries of senators.

Briefing the upper house of parliament about steps so far taken by his government, Khan said that the government was trying to increase the national median income besides reforming the Federal Board of Revenue (FBR) for streamlining the taxation system.

“Pakistan is among five largest countries where people donate maximum charity. I am the largest recipient of charity in this country. A country that pays so much in charity does not pay taxes. This needs to be fixed. The solution lies in improving the taxing mechanism.”

The government, he said, was specially focused on launching a blanket crackdown against money laundering, according to PM.

Commenting on the government’s austerity drive, Khan said that the PM House’s luxurious vehicles would be auctioned followed by other cost-cutting measures across the country.

“In a country where 43 per cent children have stunted growth, 23 per cent are suffering from malnutrition and 22.5 million children are out of school, Pakistan’s ruling elite has to realise that taxpayers’ money is not for their luxuries. It is a colonial mindset – living in palace-like government houses and enjoying all the luxuries at public expense. The Britishers introduced this trend here: Huge government houses for the rulers and their puppets to rule this country. We will bring all this to an end.”

The government, he said, was eyeing government properties and dead capital to pay off foreign loans.

Soon after the speech, the PM left the Senate.

This triggered a protest and opposition lawmakers staged a walkout against the PM’s departure.

“Unlike the past, when the PM would hardly bother to visit the Senate, the incumbent PM has given due importance to the upper house (of parliament). This needs to be appreciated.”

Meanwhile, the Senate passed the National Disaster Management (Amendment) Bill of 2017 which was moved by the Muttahida Qaumi Movement-Pakistan’s Senator Ateeq Shaikh.

Three bills were introduced in the Senate, including the Islamabad Capital Territory Public Health (Surveillance and Response) Bill, 2018, the Disabled Persons (Employment and Rehabilitation) Bill, 2018 and the Marriage Functions (Prohibition of Ostentatious Displays and Wasteful Expenses) Bill, 2018.

These bills were referred to relevant committees for review.