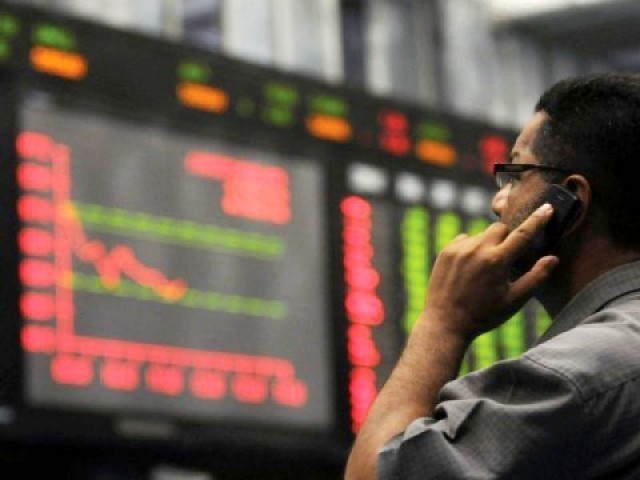 It was expected that after such a massive decline foreigners will be jumping queues to take advantage of the clearance sale at the PSX. PHOTO:FILE

KARACHI: Usually, equity analysts are best at explaining why something that they predicted earlier did not materialise. However, it seems that even they are running out of reasons to explain the absence of Foreign Investors Portfolio Investment (FIPI).

Despite the fact that we are now part of the prestigious trillion dollars MSCI Emerging Markets club, unprecedented foreign selling is being witnessed as opposed to hefty buying promised by market gurus. However, this phenomenon is not limited to our market and is widespread across the whole emerging markets. This outflow was already anticipated by emerging market investors due to nationalist policies of US President Donald Trump and his famous slogan of “America First” (the implementation of which is going on in full swing).

The investors also trying to gauge the effect of the trade war and strengthening US dollar as well as the Federal Reserve Bank (FED) raising interest rate to 2% in a rather quick succession. These moves created an outflow of portfolio investment out of the emerging markets into the US that helped Dow Jones Industrial Average rise to historical levels.

Back at home, however, there are multiple explanations provided to us about the meltdown happening at the Pakistan Stock Exchange (PSX); when KSE-100 index nosedived to 38,000 from the historic peak of 53,000. It was reminded to us time and again that the political noise was the main culprit.

However, with the political dust settling came the next big thing; the risk of rupee devaluation. As predicted by the International Monetary Fund (IMF) (and resisted by former finance minister Ishaq Dar), the much anticipated devaluation process started at the beginning of this year when rupee, which was trading at 105 last year, started to make new lows and kept sliding to settle around 128 in just a few months.

It was expected that after such a massive decline foreigners will be jumping queues to take advantage of the clearance sale at the PSX, which was trading at cheap multiples (P.E 8.6x) as compared to the average emerging market multiples (P.E 15x). There was indeed some buying and rally after every devaluation (see the yellow circled region). However, this enthusiasm was mainly from local individual and institutional investors who were anticipating return of FIPI after each devaluation episode. However, each time the rally was short lived and bears jumped in to bring the index back to square one.

On the cumulative basis, foreigners have sold portfolios worth $253 million as per the data compiled by the National Clearing Company of Pakistan since the beginning of the year until the last trading session before Eidul Azha holidays.  In the meanwhile, local investors are trying to read the market with help from all sort of permutations and combination ranging from deteriorating macroeconomic numbers to fluctuating political noise to rupee devaluation or perhaps looking at stars to get a clue about the direction of future cash flow in FIPI.

If history could be of any guide then the foreign investors who usually invest in emerging markets might still remember that Argentina and Turkey were the top two best performing markets in 2017 and gave 60% and 40% return, respectively, and heavily outperformed US markets eg S&P 500, which gained only 20% during same period.

However, considering the fact that Argentina Peso has since devalued from 15 Pesos in 2017 to 30 Pesos vs $1, foreign investors have given back all their gains in MERVAL, the index of the Buenos Aires Stock Exchange. The fate of foreign investors pouring investment at highly promising Bursa Istanbul was not very different when all of their gains were eroded due to epic rout in Turkish Lira from 3.5 to 6.5 Lira vs $1.

It is usually believed that stocks have no memories, however, market participants have some selected memory and usually do not forget stories specially the one with bad endings. Drawing parallel from the recent history, it is believed that until macroeconomic indicators are not improved further devaluation cannot be ruled out and stabilisation will take time. It seems that foreigners are not in any hurry.

So far, it looks like the fall of the PKR against USD has halted somewhat and even rupee gained some ground against the greenback since the winning announcement of Pakistan Tehreek-e-Insaf (PTI) in recent elections, however, only time will tell if this phenomenon is permanent or else.

The writer is a financial market enthusiast and attached to the Pakistan stock, commodity and debt market