PML-N supporters booked for 'attempting to shower Nawaz with petals'

PML-N supporters booked for 'attempting to shower Nawaz with petals' 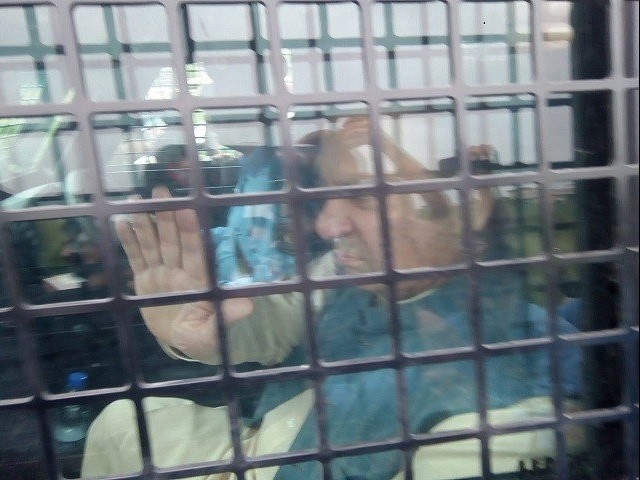 'They chanted slogans and interfered in official duty'. PHOTO: EXPRESS

The duo were waiting outside the jail for Nawaz to exit in his car. Muhammad Afzal from Lahore and Muhammad Yasir from Gujranwala reached outside the high-security Rawalpindi jail carrying packs of rose petals, hoping to catch a glimpse of their leader.

Nawaz was departing from the prison to attend accountability proceedings in Islamabad. As the motorcade carrying Nawaz left the jail and came on road, the two men stepped forward trying to spot the vehicle Nawaz was in.

But before they could even glimpse the vehicle, the two were hurled into a police van and taken to a nearby Adiala police post. They were locked up and formally booked in a criminal case.

“With shopping bags containing rose petals in their hands, the two men entered the route despite police warning not to do so. They chanted slogans and interfered in official duty,” read the FIR registered against the two at the Saddar Berooni police station.

Sub-inspector Anwaarul Haq, on whose complaint the case was registered, said the two were arrested because they resisted police officials. “They tried to breach police cordon and also resisted officials. We will produce them before court today and seek their physical remand,” the officer said. He added there were only two PML-N supporters there at the time and they were arrested before they could approach the motorcade.