reason­s behind losses shall be studie­d in detail.
By Our Correspondent
Published: August 21, 2018
Tweet Email 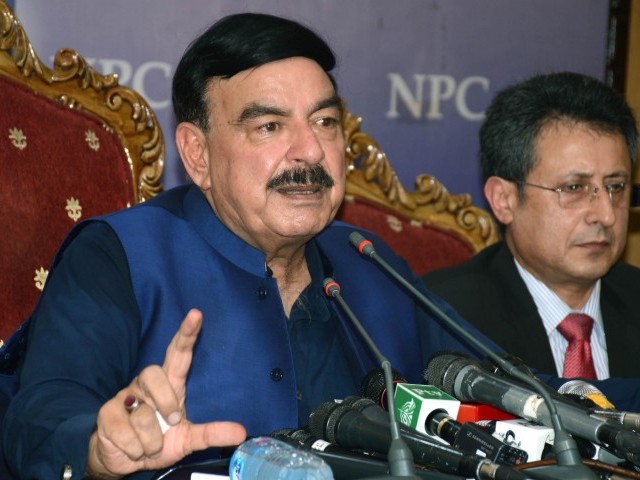 reasons behind losses shall be studied in detail. photo: online

ISLAMABAD: Awami Muslim League (AML) chief Sheikh Rasheed Ahmed took charge as the Federal Minister of Railways on Monday. He was briefed about Pakistan Railways at Ministry of Railways

“There will be no political interference in Pakistan Railways”, said Rasheed on this occasion. He asked for innovation in Pakistan Railways and pledged double the freight trains while clearly mentioning that Carriage Factory, Islamabad shall be improved.

The new railways minister also said that reasons behind losses shall be studied in detail. “No locomotive should be stopped,” stated Rashid while inquiring about Risalpur Locomotive Factory, sick locomotives, and the Quetta-Taftan section.

Meanwhile, he clearly mentioned that corruption shall be curbed at all levels in this institution while pledging to make Sukkur his ministry’s number one priority. The briefing as also attended by Pakistan Railways Chairman Javed Anwar, Pakistan Railways CEO Aftab Akbar, Railways Police SP Raja Zaheer, and others.