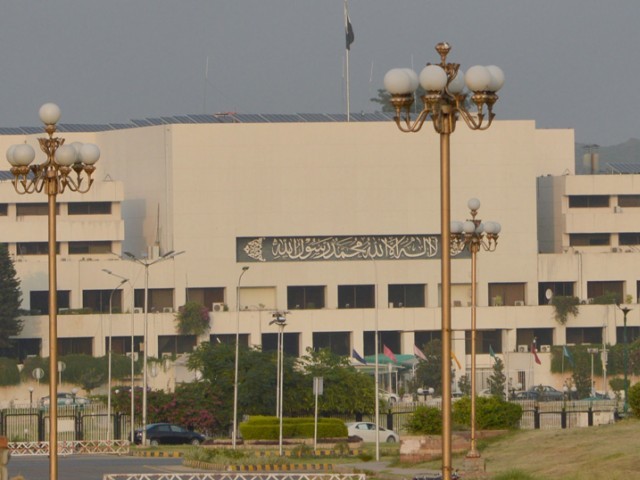 Last date for withdrawal of candidature will be September 7, according to the ECP. PHOTO: MUDASSAR RAJA/EXPRESS

ISLAMABAD: The Election Commission of Pakistan (ECP) on Monday issued the schedule of Senate election on a general seat and called upon the members of the Balochistan Assembly to elect a member on September 12.

According to the ECP’s notification, the seat had fallen vacant, due to the resignation tendered by Naimatullah Zehri and fixed the dates of election, filing nomination papers, scrutiny of nomination papers, last date for withdrawal and the place of polling.

The date for publication of names of the nominated candidates will be August 29, while the last date for scrutiny of nomination papers will be September 1.

The last date for withdrawal of candidature will be September 7.
The polling would be held at the Balochistan Assembly building in Quetta.