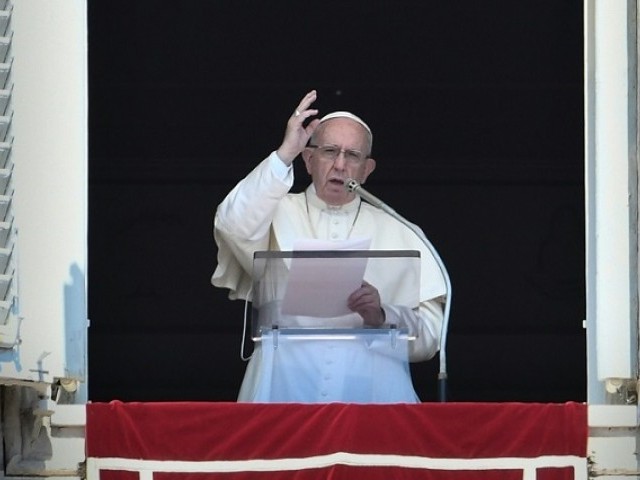 A report has been made public detailing experiences of a thousand survivors abuse of power by priests. POTO: AFP/ FILE

VATICAN CITY: Pope Francis condemned on Monday the “atrocities” revealed by a far-reaching US report into clerical child sex abuse in the state of Pennsylvania issued last week.

“In recent days, a report was made public which detailed the experiences of at least a thousand survivors… the abuse of power and of conscience at the hands of priests,” the pope said in a letter made public by the Vatican.

“Even though it can be said that most of these cases belong to the past, nonetheless as time goes on we have come to know the pain of many of the victims,” he said.

“We have realised that these wounds never disappear and that they require us forcefully to condemn these atrocities and join forces in uprooting this culture of death,” he added.

A devastating US grand jury report published on Tuesday decried a systematic cover-up by the Catholic Church.

The grand jury said that more than 1,000 child victims were identifiable, but that the actual number was “in the thousands”.

The report is thought to be the most comprehensive to date into abuse in the US church since The Boston Globe first exposed paedophile priests in Massachusetts in 2002.

Calling for “solidarity” with the victims and a fight against “spiritual corruption”, Pope Francis said “no effort to beg pardon and to seek to repair the harm done will ever be sufficient”.

“With shame and repentance, we acknowledge as an ecclesial community that we were not where we should have been, that we did not act in a timely manner, realising the magnitude and the gravity of the damage done to so many lives,” he said.