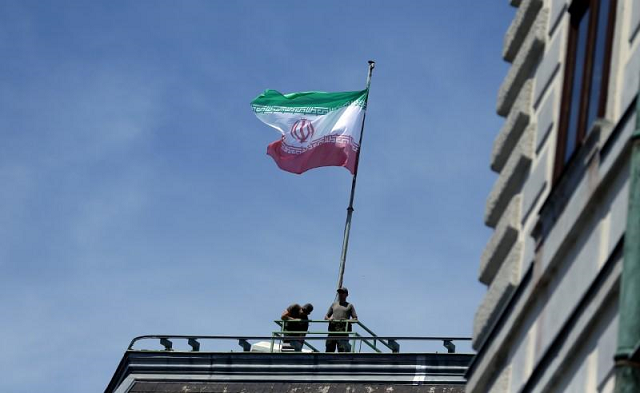 The national flag of Iran is seen on top of the Austrian Chancellery during the visit of President Hassan Rouhani in Vienna, Austria July 4, 2018. PHOTO: REUTERS

ANKARA: Iran said on Monday that Europe should accelerate its efforts to salvage a 2015 nuclear deal between Tehran and major powers that US President Donald Trump abandoned in May.

“Europeans and other signatories of the deal (China and Russia) have been trying to save the deal … but the process has been slow. It should be accelerated,” Foreign Ministry spokesperson Bahram Qasemi told a news conference broadcast on state TV. “Iran relies mainly on its own capabilities to overcome America’s new sanctions.”

Tehran museum lionises war in which Iran took on ‘world’

European states have been scrambling to ensure Iran gets enough economic benefits to persuade it to stay in the deal since the United States withdrew from the deal, which Trump said was “deeply flawed”.

Washington imposed new sanctions on Iran in August, targeting its trade in gold and other precious metals, purchases of US dollars and its car industry.

The European Union has taken steps to counter the renewed US sanctions, including forbidding EU citizens from complying with them or related court rulings, and allowing firms to take legal action to recover potential damages from parties who withdraw from contracts due to the sanctions.

European powers, China and Russia say they will do more to encourage their businesses to remain engaged with Iran. But the prospect of US penalties appears to be enough to persuade European companies to keep out of Iran.