It would be the first time parlia­ment has summon­ed the Irania­n presid­ent, but source­s say no date has been agreed on
By Reuters
Published: August 19, 2018
Tweet Email 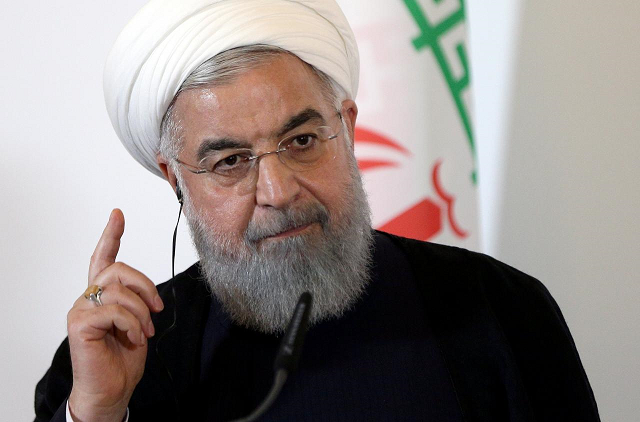 LONDON: An Iranian lawmaker said on Saturday that President Hassan Rouhani would appear before parliament on August 28 to answer questions on his government’s handling of Iran’s economic struggles, but an aide to Rouhani denied a date had been set.

However, the vice president for parliamentary affairs, Hosseinali Amiri, was quoted as saying a few hours later by the state news agency IRNA that “no date has been agreed on” for such an event.

It would be the first time parliament has summoned Rouhani, who is under pressure from hardline rivals to change his cabinet following a deterioration in relations with the United States and growing economic difficulties.

Iran army warns of ‘firm, strong response’ to US threats

Lawmakers want to question Rouhani on topics including the decline of the Iranian rial currency, which has lost more than half its value since April, as well as weak economic growth and rising unemployment.