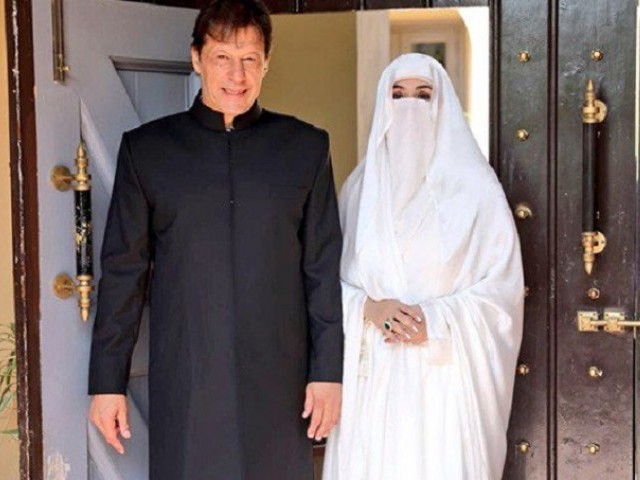 Prime Minister Imran Khan with his wife Bushra Bibi before being sworn in. PHOTO COURTESY: TWITTER

Bushra Imran chose to wear a veil, but her choice was heavily criticised as ‘not fit’ for the country’s first lady. However, some admired her for dress modestly.

Discourse in this regard has resurfaced after she assumed her new role. However, certain quarters termed the criticism as unwarranted policing of women’s choices.

With some quick to note that men are judged for the choices made by the women in their life.

A social media user lauded the freedom of choice for women to choose to dress as they please in ‘Naya Pakistan’.

First Lady Bushra Maneka & all women attendees killing all ‘liberals’ at this moment. All invited yet without specific requirement of dress-code; as it should be. This is #NayaPakistan and freedom of choice for women to dress as they see fit-no judgement#PrimeMinisterImranKhan

Sociologist Nida Kirmani spoke out saying that Bushra’s attire was the least of the problems the public should be worried about.

Bushra Maneka's burqa should seriously be the least of our concerns. pic.twitter.com/9M8XCEvFLF

Another social media user said that “I can’t believe people still think they have a say on what Bushra Maneka chooses to do or wear. None of your concern”.

I cannot believe people still think they have a say on what Bushra Maneka chooses to do or wear. None. Of. Your. Bloody. Concern

Notwithstanding, a Twitter user said that “Bushra Bibi has reached and I’m a little disappointed. But I think this is how she wants to be”.

Bushra Bibi has reached. A little disappointed. But I think this is how she wants to be. Still wonder why didn't the sons come? Regardless of anything, I am very excited to see my leader swear in.