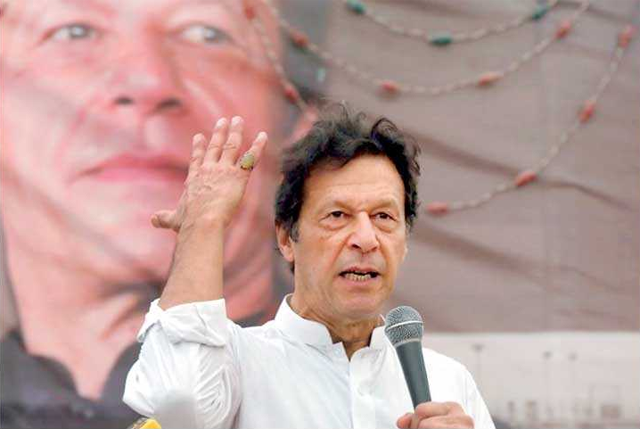 Imran Khan was elected as the 22nd prime minister of Pakistan during a special session of the Lower House on Friday after the majority of National Assembly members voted for the Pakistan Tehreek-e-Insaf (PTI) chairman.

Malala Yousufzai was quick to congratulate the new prime minister.

Congratulations to the new Prime Minister of Pakistan, @ImranKhanPTI pic.twitter.com/CewbVMKSv4

Others, including notables, also congratulated the cricket legend on his victory.

I congratulate @ImranKhanPTI on becoming the #PrimeMinister of Pakistan. I hope that he will do everything possible to fulfil expectations by addressing issues of the people.

Some, however, congratulated the ruling party with a hint of jealousy.

Say thank you to MQM (7 votes)

"We may encounter defeats in life, but we must not be defeated". This quote is the biggest takeaway from IKs remarkable journey that started from scratch in '97 & has culminated in a massive success today. Congratulations Pakistan. Congratulations Wazire Azam Imran Khan pic.twitter.com/noGgWEtIUI

It’s the final count down …for #ImranKhan to be the Prime Minister Of #Pakistan #PrimeMinisterImranKhan Part-1 pic.twitter.com/cG3UItl9RC

I have a lot of respect for people who struggle to get to where they are despite all odds. Mr #ImranKhan embodies that struggle. “It’s when you know you’re licked before you begin, but you begin anyway and see it through. You rarely win BUT sometimes you DO.” #NayaPakistan

Aaaaannd it's official. Wazeer-a-Azam Imran Khan is a reality.

May this five year tenure see a better, prosperous, and stable Pakistan.

Congratulations to Imran Khan for getting elected as the 22nd #PrimeMinister of Pakistan. Definitely, the dawn of a new era in Pakistan. Now it is time to give PTI government some much-needed encouragement to make them deliver whatever they promised during the last few years.

#Pakistan's next Prime Minister @ImranKhanPTI — who will be sworn in tomorrow — faces the daunting task of fixing the country's ailing economy, including deciding whether to ease pressure on the rupee by seeking a bailout from the @IMFNews.

Opposition stages protest as Shehbaz hits out at Imran