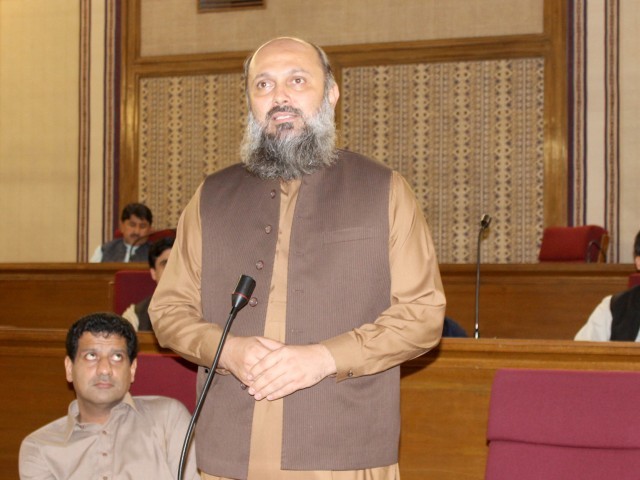 QUETTA: The newly-elected members of the provincial assembly (MPAs) are all set to elect the next chief minister of Balochistan on Saturday (today) from two candidates – Jam Kamal Khan and Younus Aziz Zehri.

Unanimous candidate of six coalition political parties in the provincial assembly and Balochistan Awami Party (BAP) President Jam Kamal Khan has been termed as a strong candidate for the chief minister’s slot with the support of more than 40 MPAs.

On Friday, Kamal filed his nomination papers in Balochistan Assembly Secretary Shamsuddin’s office with other MPAs and party leaders of BAP.

“Fortunately, things have been moving smoothly in Balochistan as we completed the first phase of the assembly after electing speaker and deputy speaker of the house following democratic values,” said Kamal while talking to the media.

No matter who becomes the chief minister of Balochistan after Saturday’s secret voting, “I believe the government and opposition are a part of the assembly and both should give respect to each other in order to run their provincial affairs more efficiently”, Kamal added.

To a query regarding extension of one day in filing nomination papers for the provincial chief’s slot, Kamal said, “Opposition members had some concerns regarding rule of business of the assembly and on their demand our coalition parties willingly accepted one day extension.”
After Kamal, Balochistan National Party-Mengal and Muttahida Majlis-e-Amal’s joint candidate for the CM’s post Younus Aziz Zehri submitted his nomination form.

Kamal has the support of Awami National Party, Hazara Democratic Party, Jamhoori Watan Party, BNP-Awami and Pakistan Tehreeke-e-Insaf, which makes him a stalwart candidate for the CM’s post.