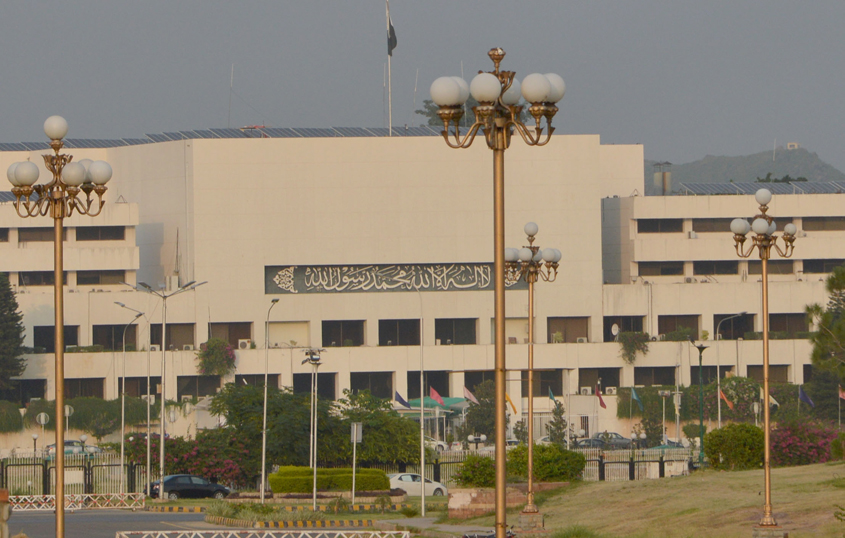 ISLAMABAD: The Senate Committee on Procedure and Privileges on Thursday took up four privilege motions during a meeting held at the Parliament House.
The meeting was chaired by Senator Sardar Muhammad Azam Khan Musakhel and was attended by senators Usman Khan Kakar, Brig (retd) John Kenneth Williams, Nighat Mirza Khanzada Khan, Sajid Mir and senior officers of ministries and departments concerned, said a press release issued by the Senate Secretariat.

In Senate, govt refuses to take back policy on automatic weapons

The meeting commenced with the privilege motion moved by Senator Muhammad Usman Khan Kakar on July 9, 2018 regarding misbehaviour by the Frontier Corps subedar in Qilla Saifullah.
Senator Usman Kakar said that the post commander and the FC Balochistan commandant were only following orders.
Senator Brig (retd) Williams was of the opinion that the Inspector General (IG) FC, Balochistan was at fault.
He stressed the need to take the case up with the IG FC, Balochistan.

The committee gave directions to summon IG FC in the next meeting so that he may clarify his position regarding the issue.
The privilege motion moved by Senator Mohsin Aziz on May 3, 2015 was also taken up in the meeting. According to details, security personnel deputed on the route of prime minister’s convoy on March 9, 2018 at 8pm misbehaved with the mover, while he was walking on a track parallel to Margalla Road F-6/3, Islamabad.
It was revealed in a letter submitted to the committee that after detailed deliberations and on the basis of assurance from the concerned quarters, he did not wish to press the case any further.
While discussing the privilege motion moved by Senator Dr Jehanzeb Jamaldini on May 11, 2018 regarding misbehaviour with the mover by Noshki C&W Department Executive Engineer GM Zehri, the chairman of the committee stated that according to tribal traditions, the matter has been resolved in the office of the Senate chairman.

However, it was recommended that according to rules, a report must be submitted to the committee which would be later submitted to the house.
A privilege motion moved by Senator Muhammad Azam Khan Swati on April 10, 2018 regarding failure of PSQCA head in providing a copy of the new bill which the government was supposed to introduce and not responding to telephone calls made by the mover was taken up. The mover submitted to the committee that the PSQCA head personally apologised and the matter was disposed of. It was recommended that a formal report be presented in the house.