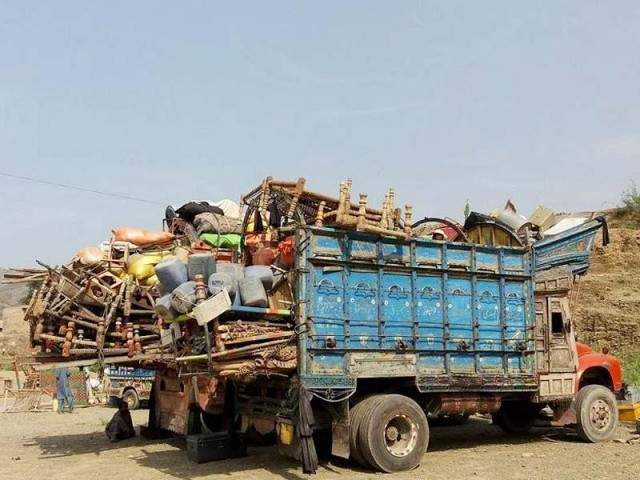 SHABQADAR: Over 10 years after they had fled militancy into neighbouring Afghanistan, as many as 54 families have returned to their homes in the Mohmand tribal district.

However, as many as 90 families who fled Mohmand into the neighbouring country are expected to return over the next two days.

He added that the families returned to the country via the Torkham border in neighbouring Khyber tribal district.

The families, he said, were welcomed by the local tribal elders of Baizai along with local administration officials at the Torkham border.

Sher added that although these families do not enjoy the temporarily displaced people (TDP) status since they had migrated before mass internal migrations started in the militancy-hit regions and the fact that they had sought refuge in another country, he said that the district administration will facilitate them using their resources including in the provision of food and other necessary household items to restart their lives in their traditional homes.

Mohammad Fayaz, a local tribal elder, said that these Mohmand tribesmen had migrated to Afghanistan in 2008 when the law and order situation worsened in Mohmand. He added that these families stayed with their relatives on the other side of the Durand Line.

Earlier this week, the Federally Administered Tribal Areas (Fata) Disaster Management Authority (FDMA) had stated that they have disbursed Rs4.36 billion to internally displaced people (IDPs) in five tribal districts including North and South Waziristan, Khyber, Kurram and Orakzai for reconstruction of their homes.

The FDMA said that they were revisiting their policy to compensate any IDPs in Mohmand and Bajaur whose houses were destroyed but did not receive compensation.