After spat with US, Turkey's Erdogan and Germany's Merkel 'discussed to improve ties'

After spat with US, Turkey's Erdogan and Germany's Merkel 'discussed to improve ties' 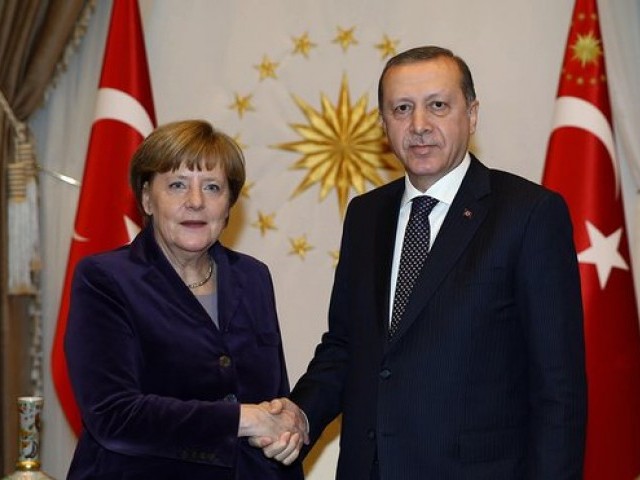 A meeting also planned in Berlin in September to determine even stronger ties between Erdogan and Merkel. PHOTO COURTESY: THE GUARDIAN

Erdogan and Merkel pledged determination to strengthen bilateral ties and discussed their planned meeting in Berlin at the end of September, the source also said.

Turkey has been rocked in recent days by a sharp decline in the value of its lira after US President Donald Trump tweeted last Friday that Washington was doubling aluminium and steel tariffs for Ankara.

Washington’s move came during an ongoing dispute over Turkey’s holding of an American pastor for two years.

In response, Erdogan has called for a boycott of US electrical goods.