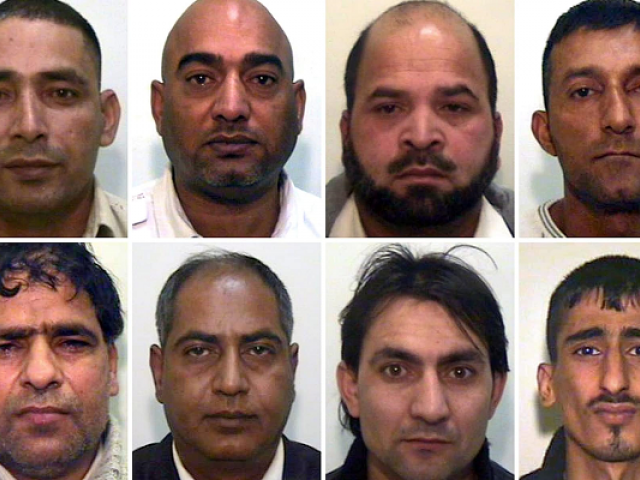 A court of appeal has upheld a decision to terminate British citizenship of three members of a Rochdale grooming gang and possibly deport them to Pakistan, The Guardian reported.

Abdul Aziz, Adil Khan and Qari Abdul Rauf were among nine men jailed in May 2012 for their part in a grooming ring which drugged vulnerable girls so they could “pass them around” for sex.

The victims (young teenagers) were physically assaulted and were forced to have sex with “several men in a day, several times a week”.

The three men accused were informed by the Home Office in 2015 that they would have to surrender their British citizenship, and may have to face deportation to Pakistan.

They were told: “British citizenship is a privilege that confers particular entitlements and benefits, including the right to a British passport and the right to vote in general elections.

“It is not in the public interest that individuals who engage in serious and/or organised crime, which constitutes a flagrant abuse of British values, enjoy those entitlements and benefits.”

The three men challenged the court’s decision at the first tier tribunal (FTT). They appealed that stripping them off of their citizenship would breach their right to a family life under the European convention on human rights, as they have children living in the UK.

The FTT ruled against the men, concluding that “depriving the appellant of his British citizenship would not in itself prevent him continuing his relationship with his family”.

The upper tribunal also rejected the men’s appeal, due to the severity of their crimes and also deemed it appropriate for the home secretary to view the removal of their citizenship as “conducive to the public good”.

Following the tribunal’s decision, the accused went to the court of appeal and appeared in front of three senior judges in July. One of the accused, Adil Khan, argued that he was innocent of any crime, although the judges dismissed his plea.

In a ruling on Wednesday, Lord Justice Sales said: “Given the extremely serious nature of the offending by each appellant, there is no good ground for calling that conclusion into question. There was no error of law by the FTT.”

All three were found guilty of their crimes, which included conspiracy to engage in sexual activity with children under the age of 16 and trafficking for sexual exploitation, following a trial at Liverpool crown court.

Aziz was sentenced for nine years, Khan for six and Rauf for six years in prison.

Outlining their offence, Sales said: “The sentencing judge described how in some cases the girls were raped callously, viciously and violently; and in some cases they were driven round Rochdale and Oldham to be made to have sex with paying customers.

“All the men treated the girls as though they were worthless and beyond all respect. They were motivated by lust and greed.”

The home secretary, under the British Nationality Act 1981, has the power to take away a person’s citizenship – as long as it would not leave them stateless – if it is seen as “conducive to the public good” or they obtained their British citizenship fraudulently.

Depriving a person of citizenship for the public good can be done on the grounds of “involvement in terrorism, espionage, serious organised crime, war crimes or unacceptable behaviours”.