Second-hand smoke is respon­sible for at least 17,000 stillb­irths in a year: report­
By Suhail Yusuf
Published: August 8, 2018
Tweet Email 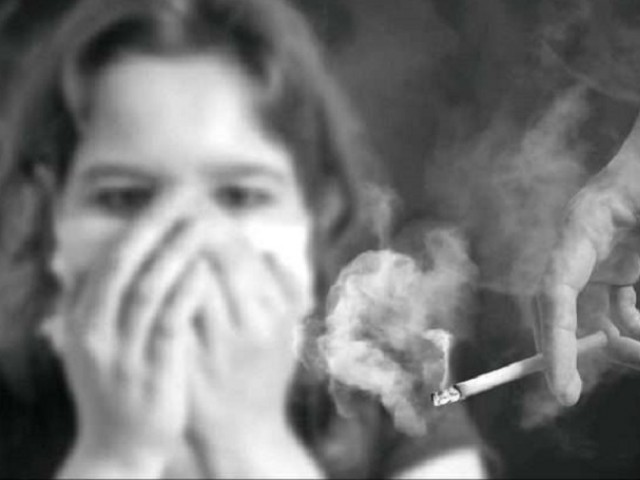 Second-hand smoke is responsible for at least 17,000 stillbirths in a year. PHOTO CREDIT: istock.com

KARACHI: Passive smoking is responsible for at least 17,000 stillbirths in a year from mothers, who are exposed to second-hand smoke fumes from their husbands or other family members in Pakistan.

The grim situation has been recently published in a report appeared in the British Medical Journal compiled by the scholars of the University of York. The team looked into the link between passive smoking and stillbirths in 30 developing nations from 2008 to 2013.

The puffing habit of smokers is also harming those around them and even babies in wombs. Inhaling second-hand smoke during pregnancy is causing stillbirths in most of the developing countries.

There is a growing evidence that exposure to second-hand smoke during pregnancy can increase the risk of stillbirth, low birth weight, malformation, respiratory diseases and cognitive problems.

Sufficient global data about the effect of direct smoking on infant’s health is available. However, it is the first comprehensive survey about the second-hand exposure connected to stillbirths in low income countries.

The question based surveys were carried out by scientists in countries from Asia, Africa and Middle East. Second Hand Smoke (SHS) exposure data from 37,427 pregnant women was gathered from the surveys and follow ups. Male between the ages of 15 to 49 years also took part in the surveys about their home-bound smoking habits.

It was also observed that the majority of pregnant women exposed to passive smoking in those countries have two things in common – poverty and very low level of education – which is also the case in Pakistan.

Tobacco use kills over 0.16m in Pakistan each year: Tarar

“This is the first study which provides national estimates for 30 developing countries on second-hand smoke exposure in pregnancy and it reveals a huge problem, a problem which is not being addressed,” said, Professor Kamran Siddiqui, the lead author of the report from department of health of University of York in a press release.

The authors said that protecting women from SHS should be a key strategy to improve the maternal and child health. The survey team stressed need for further research especially in low income countries like Pakistan.

Surveys from two decades ago have showed that second-hand smoke shaves points of Kid’s IQ. The surveys also revealed that even a small amount of passive smoking exposure could negatively impact the cognitive abilities of toddlers.

On the other hand, passive smoking often leads to children towards smoking in adolescence and teenage.