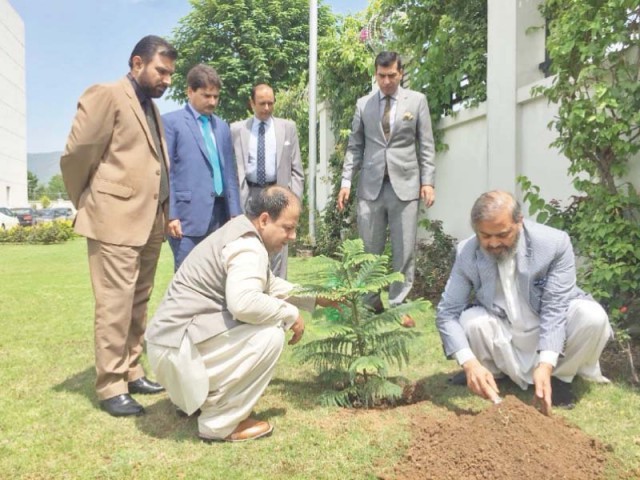 ISLAMABAD: National Bank of Pakistan (NBP) has formally launched its ‘Green Initiative’ tree plantation campaign. NBP President Saeed Ahmad planted a sapling at the bank’s north region head office in Islamabad. The tree plantation campaign is part of the bank’s corporate social responsibility (CSR) programme under which over 3,000 plants will be planted in Islamabad, Peshawar and Karachi. NBP will gift over 1,000 plants to the Capital Development Authority (CDA) for its tree plantation drive in the capital. Ahmad said corporate institutions should realise their responsibility and participate in tree plantation drives so that they plant as many trees as they can. He underscored the dire need for measures to control environmental pollution and protect human lives, adding that trees play an important role in eliminating environmental pollution.

Businessmen want to give input to policymaking