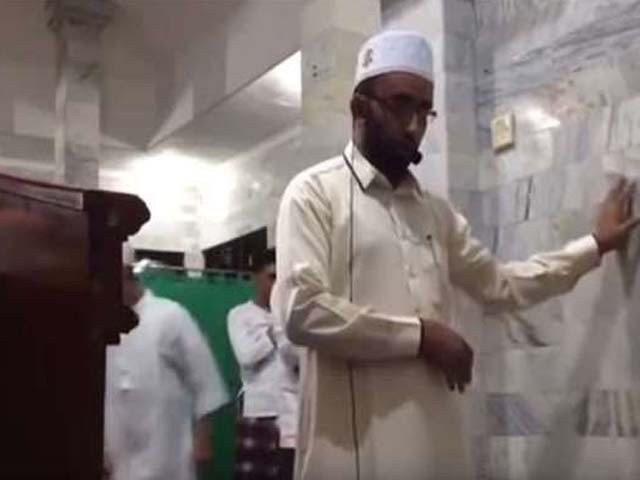 The video which was recorded on a smartphone shows him supporting himself against the wall as the room violently shudders while some worshipers can be seen fleeing in the backdrop. SCREENGRAB: YOUTUBE

Footage of an Indonesian imam leading evening prayer in a Bali mosque during a deadly earthquake struck the neighbouring island of Lombok has gone viral, with people praising him for his indomitable faith.

The video which was recorded on a smartphone shows the cleric supporting himself against the wall as the mosque violently shudders while some faithfuls can be seen fleeing in the backdrop during the 7.0 magnitude earthquake on Sunday.

Some 900 tourists were being evacuated from Indonesia’s tiny Gili Islands after a powerful quake struck Lombok, killing over 90 people and injuring hundreds.

Over 90 killed by 7.0 quake in Indonesia’s Lombok, Bali islands

National Disaster Mitigation Agency spokesperson Sutopo Purwo Nugroho told reporters that some 200 “domestic and foreign” tourists had already been taken off the islands.

“There are 700 more tourists still waiting to be evacuated,” he added.

The powerful quake triggered panic among tourists and residents. On Lombok, thousands fled from their homes to gather in emergency shelters in open spaces, the agency said.