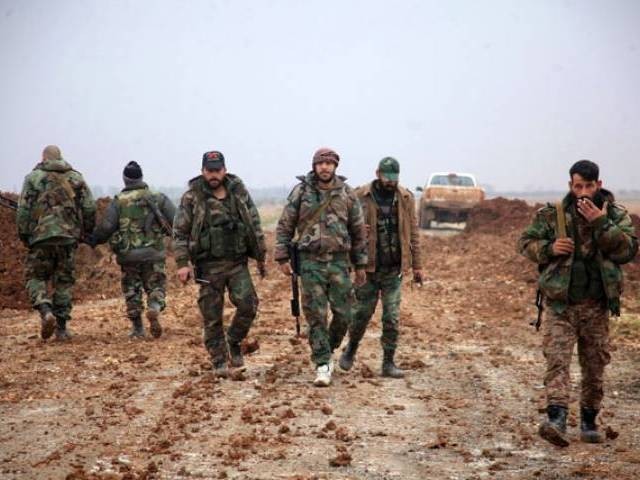 BEIRUT: Militant groups in Syria’s Idlib province on Wednesday announced the formation of a new coalition, as President Bashar al-Assad looks to turn his sights on the northwestern region.

The National Liberation Front merges the alliance of Militant heavyweights Ahrar al-Sham and Nureddine al-Zinki with four other militant factions. The coalition, however, will not include Idlib’s dominant force — the militant alliance of Hayat Tahrir al-Sham (HTS), led by Syria’s former Al-Qaeda affiliate. The alliance was announced Wednesday by Ahrar al-Sham and Nureddine al-Zinki, who are already merged under the name of the Syrian Liberation Front.

One of the new coalition’s objectives will be to “block all attempts by the government to advance” towards opposition areas, its spokesman Naji Abu Hazifa told AFP. Strategically important Idlib province shares a border with militant-backer Turkey and is adjacent to Latakia, a government stronghold on the Mediterranean. “Turkey cements its influence in Idlib yet further – as non-HTS armed opposition groups seek to deter government,” tweeted Syria expert Charles Lister. Idlib is the last of four “de-escalation” zones agreed by world powers in 2017 where the militants still have a major presence.

Militants and civilians bussed out of the other three zones when they fell to the government were taken to Idlib, increasing its population to around 2.5 million people.

In an interview last week with Russian media, Assad said Idlib was the government’s next priority. But on Tuesday Moscow, the government’s strongest ally, ruled out the possibility of a major assault on the province. “There’s currently no question and can be no question of an operation, of a major assault on Idlib,” Russia’s Syria envoy Alexander Lavrentiev said in remarks reported by Russian agencies. In an interview last week with AFP, the Syrian opposition’s chief negotiator, Nasr al-Hariri, said Turkish “guarantees” over Idlib would likely bar a government assault on the area.

The war in Syria has killed more than 350,000 people since it began in 2011 with a brutal government crackdown on protesters. It has grown in complexity over the past seven years, drawing in world powers and militants.

‘One day it will be normal’: New Zealand’s premier returns to work with baby