Danish parlia­ment's ban on the face veil to be challe­nged by defian­t women
By Reuters
Published: August 1, 2018
Tweet Email 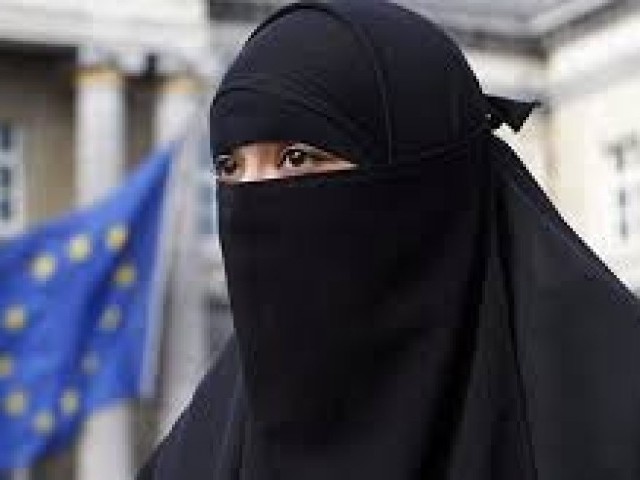 COPENHAGAN: On Aug. 1, when face veils are banned in Denmark, Sabina will not be leaving her niqab at home. Instead, she will be defying the law and taking to the street in protest.

In May, the Danish parliament banned the wearing of face veils in public, joining France and some other European countries to uphold what some politicians say are secular and democratic values.

But Sabina, 21, who is studying to be a teacher, has joined forces with other Muslim women who wear the veil to form Kvinder I Dialog (Women In Dialogue) to protest and raise awareness about why women should be allowed to express their identity in that way.

“I won’t take my niqab off. If I must take it off I want to do it because it is a reflection of my own choice,” she said.

Like the other women interviewed for this article, Sabina did not wish to have her surname published for fear of harassment.

The niqab wearers who plan to protest on Aug. 1 will be joined by non niqab wearing Muslim women and also non-Muslim Danes, most of whom plan to wear face coverings at the rally.

“Everybody wants to define what Danish values are,” said Meryem, 20, who was born in Denmark to Turkish parents and has been wearing the niqab since before meeting her husband, who supports her right to wear it but feels life could be easier without.

“I believe that you have to integrate yourself in society, that you should get an education and so forth. But I don’t think wearing a niqab means you can’t engage yourself in Danish values,” Meryem, who has a place to study molecular medicine at Aarhus University, said.

Like Sabina, Meryem plans to defy the law, keep her niqab on and protest against the ban.

Under the law, police will be able to instruct women to remove their veils or order them to leave public areas. Justice Minister Soren Pape Poulsen said officers would fine them and tell them to go home.

“I feel this law legitimises acts of hatred but, on the other hand, I feel people have become more aware of what is going on. I get more smiles on the street and people are asking me more questions,” said Ayah, 37.

Mathias Vidas Olsen, who makes reproductions of Viking age jewelry, is supporting the campaign by making special bracelets and giving the proceeds to Kvinder I Dialog.

“I’m not for or against the niqab,” the 29-year-old Copenhagen man said.

“I’m for the right of the people to wear whatever they want whether they be a Muslim or a punk.

“I see this as the government reaching in to places they don’t belong and as a cheap hit on an already stigmatised group to score cheap political points.”