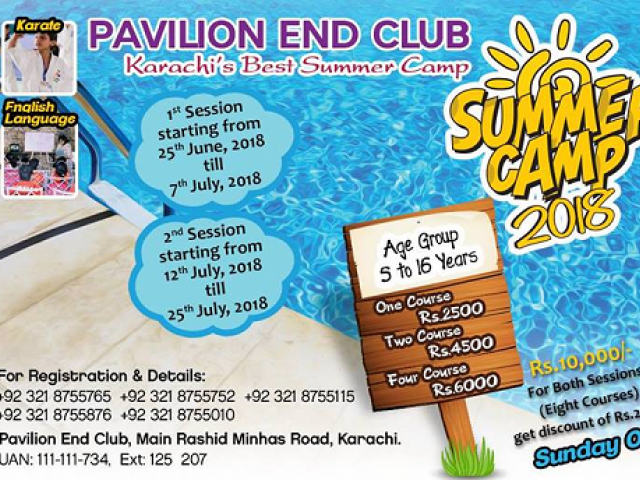 Participants of the summer camp, children aged between six and 14, received training in traditional skills including truck art, papier-mache and pottery making.

The craftspeople, who provided hands on training to children during the summer camp, included Khalilur Rehman in truck art from Rawalpindi, Niaz Ahmad in pottery making from Saidpur village and Asifa Arif in papier mache from Chakwal.

Ministry of Information Additional Secretary Shafqat Jalil said such camps were vital to acquaint the new generation about their culture, heritage and values. He said he was impressed by the live performances of the children representing various regions of the country.

He said that the new generation has great potential, only they need guidance. Latter Jalil certificates among participants. The camp was aimed at promoting traditional culture and inculcating awareness among younger generation, especially children about the indigenous craft heritage of Pakistan.

The children were taught about the history and techniques of craft and would practice their skills under the master trainers and artisans.

The participating children will also be provided an opportunity to visit local museums and get acquainted about the cultural heritage of Pakistan. The summer camp culminated with a colourful closing ceremony featuring live performances by child folk artists and folk performers.