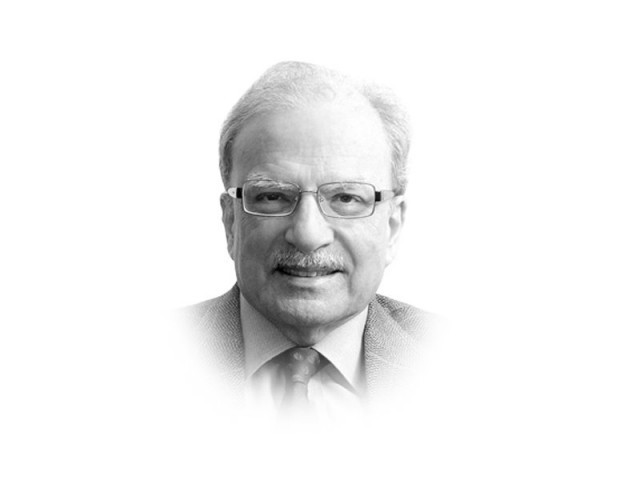 The elections of 2018 could have profound consequences for Pakistan’s relations with the world outside its borders. With Imran Khan and his political group, the Pakistan Tehreek-e-Insaf, assuming the reins of power in Islamabad, there will undoubtedly be a fresh look at the way Pakistan views the world. It would be different from that of the Pakistan People’s Party that had power for five years following the elections of 2008. In the five-year period after those elections, president Asif Ali Zardari defied the Constitution and governed from the presidency, leaving little in the hands of the two prime ministers who served under him. Zardari was pro-West, disposed, in particular, very favourably towards the United States. When the Pakistan Muslim League-Nawaz assumed power following the 2013 election, there was greater warmth towards the Arab world and attempted rapprochement with India.

For the administration in Islamabad, the world is largely made up of the country’s four neighbours and two countries — the United States and Saudi Arabia — at some distance from it. How would Imran Khan and the PTI-dominated Islamabad look at these six countries and some of the conflicts in which they are involved? I will begin the answer to this question with Afghanistan.

Imran Khan has, at various times, expressed support for some of the aims being pursued by the Taliban fighting on both sides of the Afghan-Pakistan border. The Tehreek-e-Taliban Pakistan appointed him to the three-member committee that was supposed to negotiate a peace deal with the newly-installed government headed by prime minister Nawaz Sharif. That was in 2013. Although Khan withdrew his name, he was openly critical of the way the United States was handling its war in Afghanistan. He was opposed to the use of drones as the weapon of choice not only in the border areas but also within Afghanistan. His problem was with the collateral damage the weapons did on civilian populations. Once in power, Khan is likely to bring pressure on both Taliban groups — in Afghanistan and Pakistan — to negotiate a peace agreement with the government in Kabul. He will attach some urgency to this matter since such an agreement would improve the position of President Ashraf Ghani in Afghanistan’s parliamentary elections later this year and the presidential contest in 2019. Imran Khan would like to see Ashraf Ghani continue as president in Afghanistan. Any change in Kabul could have unpredictable consequences for Pakistan and its strong preference should be for maintaining the status quo.

Jumping to India, it is interesting that in some of his campaign rallies Imran Khan expressed the wish to see better relations with that neighbour. India, now under the Hindu nationalist Prime Minister Narendra Modi, has taken a hardline approach towards Pakistan. New Delhi has gone to the extent of declaring that the “Cold Start Strategy” developed in the 1980s is still in place. It has India occupying a large tract of land in Pakistan’s border area and occupying it in case there is a terrorist attack on its territory that could be traced to militant groups in Pakistan. India would pull out only after Pakistan agreed to meet its long list of demands, including the claim on the disputed state of Kashmir. Pakistan’s formal response to that declaration was to threaten a nuclear attack in case its territory was violated.

While Imran Khan would most likely continue with that stance, he may want to improve economic relations with the country’s neighbour. He has a better chance of doing this given his closer relations with the military. The military establishment was never quite sure how protective Nawaz Sharif was of Pakistan’s strategic interests when he sought to improve relations with New Delhi. Rawalpindi, the headquarters of the Pakistan Army, would be more comfortable with Imran Khan in the saddle and moving in that direction.

One way of improving relations with India would be to open the Pakistani territory for the movement of that country’s goods and commodities destined for Afghanistan. This is a long-standing Afghan demand. Allowing this form of transition would help Pakistan as well, creating jobs in the service sectors of the economy with Indian exports using Pakistani trucks and workers to move exports across to Afghanistan. The current transit agreement allows Afghan goods to do exactly that.

Improving trade could also be the focus of improved relations with Iran that is now under considerable pressure from Trump’s United States. Under the influence of both America and Saudi Arabia, Pakistan has kept itself at some distance from Iran. This is not in its long-term interest for a number of reasons. Iran could be an important source of energy supply. Also, Pakistan has the world’s second-largest Shiite population and a fair number of people of that sect go to Iran for pilgrimage.

Under Imran Khan, relations with China, Pakistan’s fourth neighbour, would remain warm especially when the multi-billon dollar investment programme under the China-Pakistan Economic Corridor begins to produce tangible results. In the early part of Khan’s tenure, the deep-water port at Gwadar on the Balochistan coast will become functional, improving the flow of trade between China’s western provinces and the rest of the world. With growing tension in relations between Beijing and Washington, Islamabad has become an important player in China’s great game.

While relations with the four neighbours would most likely be strengthened under Imran Khan, Pakistan should re-set those with the United States and the Kingdom of Saudi Arabia. What those two countries are doing together is proving to be very awkward for the Muslim world. Pakistan should keep itself at a distance and not get involved in the belligerence being promoted in the Middle East by these two states. For instance, it was hard to imagine that Riyadh would side with Israel in the various conflicts in the Middle East, going to the extent of giving its implicit approval to the shifting of Israel’s capital from Tel Aviv to Jerusalem.