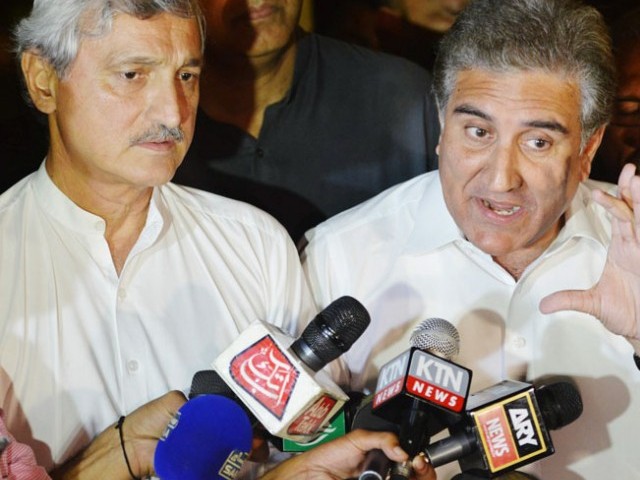 Addressing the media, PTI’s Naeemul Haq said that Tareen has toured Punjab and has contacted all independent candidates for an alliance. “If Chaudhry Nisar wants to contact us, he is free to do so,” Haq added. “There are rumours of differences between Qureshi and Tareen, the party is strongly united under the leadership of Imran Khan.”

Haq also said that Imran will be the prime minister before the country celebrates the Independence Day on August 14. “The entire nation is ready and sending millions of messages for Imran to take over as PM. They want him to live up to the promises he made. I urge them not to obstruct the process of formation of a center government,” he added.

“PTI is ready for Pakistan’s progress, a government will come to power that will protect Pakistan. There is no crisis and soon names of chief ministers for Punjab and Khyber Pakhtunkhwa (K-P) will be announced.”